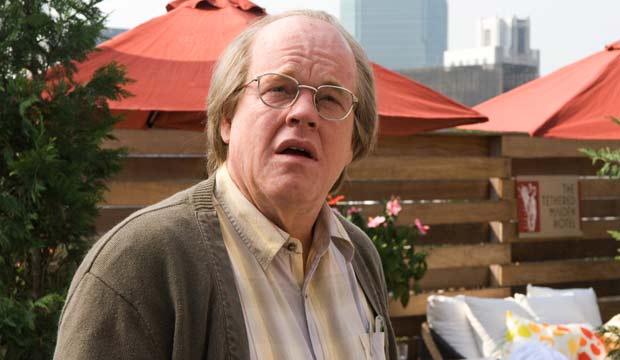 July 23, 2019, would have marked the 52nd birthday of actor Philip Seymour Hoffman, who left us tragically too soon in 2014 at the age of only 46. Though his career was cut tragically short so soon, he still managed to amass an impressive list of film credits and won the Oscar as Best Actor in 2005 for the title role of Truman Capote in the biopic “Capote.”

After his Oscar victory Hoffman would go on to receive three more Oscar nominations, all in the Best Supporting Actor category. He would contend in 2007 for his role as a CIA operative in “Charlie Wilson’s War” and then the following year as a priest suspected of pedophilia in “Doubt.” His final bid would come in 2012 for the film “The Master,” directed by his frequent collaborator Paul Thomas Anderson.

Hoffman began his career on the New York stage receiving a degree from NYU and training at the Circle in the Square Theatre School on Broadway. He would frequently return to the stage throughout his film career. He was Tony-nominated for all three of his Broadway appearances in the notable plays “Death of a Salesman,” “Long Day’s Journey into Night” and “True West,” in which he and co-star John C. Reilly played two warring brothers and would switch roles at certain performances.

He was open about his life-long battle with drug addiction in interviews but for many years seemed to have been able to curb his habit. Shortly before his death he admitted to relapsing and went into a rehab facility for heroin addiction. He was found dead in his apartment from an overdose, cutting short an impressive career that still had many years of good work ahead of it.

Take a tour in our photo gallery above featuring Hoffman’s 15 greatest film performances, ranked from worst to best.