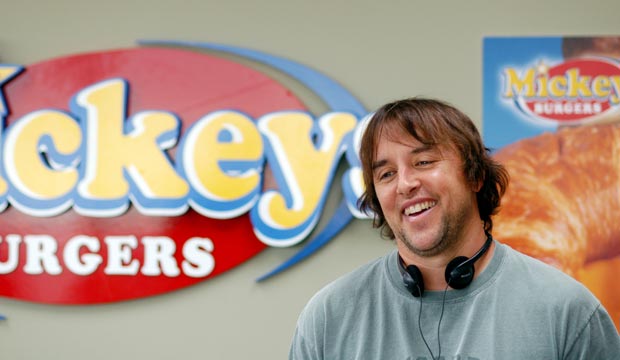 Happy 59th birthday on July 30, 2019, to the pride of Austin, Texas — Golden Globe winning filmmaker Richard Linklater. The director’s filmography is nothing if not varied, having made searing dramas to stoner comedies, from play adaptations to rock n roll movies, and even a rotoscope animated film or two. Most significantly he took experimental chances on several films, which are among the most remarkable works in the past two decades.

One of those experiments, the trilogy of “Before” films (1995’s “Before Sunrise,” 2004’s “Before Sunset” and 2013’s “Before Midnight”) with Ethan Hawke and Julie Delpy brought Linklater his first two Academy Award nominations for Best Screenplay, and he was nominated for three more Oscars for 2014’s “Boyhood” — for Best Picture, Best Director and Best Screenplay. Also for “Boyhood,” Linklater won his first two Golden Globe Awards (for Best Film Drama and Best Director) and was nominated for a third for his screenplay.

Linklater will soon be back in the nation’s theaters as his latest film, “Where’d You Go, Bernadette,” (starring Cate Blanchett and Billy Crudup) opens on August 16. Until then, let’s raise a glass  and celebrate by counting down his 12 greatest films, ranked worst to best, including “Dazed and Confused,” “School of Rock” and “Waking Life.”