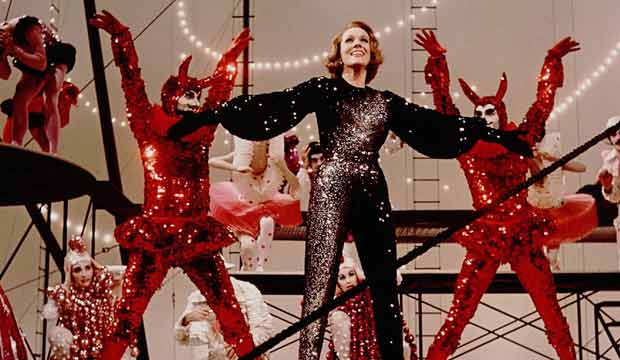 Robert Wise would’ve celebrated his 104th birthday on September 10. Although you won’t often hear his name mentioned among auteur theorists, the four-time Oscar winner amassed an impressive filmography in his lifetime. In honor of his birthday, let’s take a look back at 20 of his greatest films, ranked worst to best.

Wise cut his teeth as a film editor, most notably working on Orson Welles‘ landmark film “Citizen Kane” (1941), for which he received an Oscar nomination. He made his directorial debut with “The Curse of the Cat People” (1944), the first of many successful collaborations with low-budget horror producer Val Lewton.

Throughout his career, Wise excelled at a number of genres, including science fiction (“The Day the Earth Stood Still”), film noir (“Odds Against Tomorrow”), horror (“The Haunting”), war (“The Desert Rats”), comedy (“Two for the Seesaw”), and drama (“Executive Suite”). Rather than imposing his own directorial fingerprint on each film, Wise instead tried to adapt his style to best suit the material.

It was with movie musicals that he found his greatest success, at least with the Academy Awards, that is. Wise took home Best Picture and Best Director Oscars for “West Side Story” (1961, shared with choreographer Jerome Robbins) and “The Sound of Music” (1965).

Wise reaped two more Oscar nominations in his career, one for “I Want to Live!” (Best Director in 1958) and another for Best Picture (“The Sand Pebbles” in 1966). He also received the Academy’s Irving G. Thalberg Memorial Award for his career as a producer in 1966, the DGA’s D.W. Griffith Lifetime Achievement prize in 1988, and the AFI Lifetime Achievement Award in 1998.

Tour our gallery of Wise’s 20 greatest films, including a few hidden gems that should’ve brought him Oscar nominations.

20. STAR! (1968)
Following the Oscar-winning successes of “West Side Story” and “The Sound of Music,” this big-budget flop is a major disappointment. Wise re-teams with “Music” star Julie Andrews for this epic biopic of stage and screen legend Gertrud Lawrence. Daniel Massey is a standout as playwright Noel Coward, a longtime friend.

18. THE HOUSE ON TELEGRAPH HILL (1951)
Throughout his career, Wise often excelled in the thriller genre, from the beginning (his first film, “The Curse of the Cat People”) to the end (one of his last, “Audrey Rose”). In “The House on Telegraph Hill,” Valentina Cortessa stars as a Holocaust survivor who assumes the identity of her dead friend so she can live with her wealthy relatives in San Francisco.

17. TWO FOR THE SEESAW (1962)
Wise brought William Gibson’s popular two-hander to the big screen (albeit with a couple of extra additions to the cast in bit roles) to delightful results. Robert Mitchum stars as a former Nebraska lawyer trying to rebuild his life in New York after his wife asks for a divorce. He meets a struggling dancer (Shirley MacLaine) in Greenwich Village, and the two decide to rebuild their lives together.

16. THE DESERT RATS (1953)
Richard Burton stars in this WWII drama as a tough-as-nails officer in the British Eighth Army leading a band of ANZAC troops in their battle against the Germans on the perimeter of Tobruk. James Mason steals the show as Field Marshal Erwin Rommel, a role he previously portrayed in “The Desert Fox” (to which this film is a quasi-sequel).

15. RUN SILENT, RUN DEEP (1958)
Clark Gable and Burt Lancaster square off in this tense submarine drama, a sort of “Crimson Tide” for classic movie fans. During WWII, a U.S. sub commander (Gable) becomes obsessed with sinking an enemy Japanese ship, butting heads with his first officer (Lancaster) and the other sailors (including Jack Warden and Don Rickles).

14. EXECUTIVE SUITE (1954)
Wise directs an all-star cast in this classy drama about the internal power struggle at a top furniture manufacturing firm. When the head of the company dies suddenly without naming a successor, the calculating Loren Shaw (Fredric March) makes his move to ascend. But several vice presidents prefer the young, idealistic Don Walling (William Holden).

13. BORN TO KILL (1947)
Wise first dipped his toes in the film noir genre with this hardboiled thriller about a violent gangster (Lawrence Tierney) who falls in love with a married woman (Claire Trevor), then romances her wealthy foster sister (Audrey Young). It’s hard to believe the guy behind “The Sound of Music” could direct something so nasty, but it’s a testament to Wise’s versatility that he so adeptly gets down in the muck with these disreputable characters.

12. THE ANDROMEDA STRAIN (1971)
This adaptation of Michael Crichton’s bestseller concerns a group of scientists racing against the clock to stop a deadly intergalactic virus from infecting mankind. The real standout here is the Oscar-nominated production design by Boris Leven, which creates a sleek, sci-fi world of winding corridors and massive supercomputers.

11. THE CURSE OF THE CAT PEOPLE (1944)
Wise launched his directorial career when he took over this low-budget horror flick from original helmer Gunther von Fritsch, who was fired after falling behind schedule. This followup to the surprise hit “Cat People” finds a young girl (Ann Carter) conjuring up the ghost of her father’s dead first wife (Simone Simon, who was killed in the original) to strike up a friendship.

10. ODDS AGAINST TOMORROW (1959)
“Odds Against Tomorrow” is one of those movies that is able to successfully function on two different levels. On the one hand, it’s an expert noir thriller about a heist gone wrong. On the other hand, it’s a searing indictment of racism, made at a time when the Civil Rights movement was in its burgeoning stages.

9. THE SAND PEBBLES (1966)
This epic adaptation of Richard McKenna’s novel stars Steve McQueen as a rebellious sailor aboard a U.S. gunboat patrolling the Yangtze River in China. Wise proves to be a maestro of mixing action, romance, and social commentary within the three-hour runtime. Although it takes place in 1926, “The Sand Pebbles” draws unmistakable parallels to the growing conflict in Vietnam, especially in it’s criticisms of American imperialism. The film earned 8 Oscar nominations, including Best Picture for Wise and Best Actor for McQueen, but went home empty-handed.

8. THE BODY SNATCHER (1945)
Wise cut his directorial teeth helming low-budget horror flicks for producer Val Lewton, the best of which is this chiller about an ambitious young surgeon (Henry Daniell) who must deal with a creepy grave robber (Boris Karloff) to get cadavers for his experiments. In bringing Robert Lewis Stevenson’s short story to the big screen, Wise relies on mood and atmosphere — not to mention the menace of his leading man — to make up for monetary constraints.

7. THE HAUNTING (1963)
Despite its modern day bells and whistles, the 1999 remake of “The Haunting” can’t hold a candle to the original, which still has the ability to scare the pants off of us. Richard Johnson stars as a psychologist investigating the paranormal who invites two women — (Claire Bloom and Julie Harris) — to stay in a haunted mansion.

6. SOMEBODY UP THERE LIKES ME (1956)
Although he made his big screen debut with the critically-derided costume drama “The Silver Chalice” (1954), Paul Newman became a star with Wise’s acclaimed boxing biopic. He plays Rocky Graziano, who rose out of poverty to become World Middleweight Champion in 1947 at the age of 28. Newman took the role over from James Dean, who died tragically in 1955.

5. I WANT TO LIVE! (1958)
Wise received his first Oscar nomination as Best Director for this ripped-from-the-headlines drama (he previously competed for editing “Citizen Kane”). Susan Hayward won Best Actress for playing Barbara Graham, a prostitute who is accused of murder and sentenced to death. She protests her innocence, but is eventually executed.

4. THE SET-UP (1949)
The best of Wise’s film noirs is also one of the great boxing dramas. Robert Ryan gives the performance of his career as a washed-up pugilist who refuses to throw in the towel despite pleas from his wife (Audrey Totter). He’s so bad, in fact, that his manager (George Tobias) takes money from the mob for a “dive” without telling his client it’s a set-up. Unfortunately, this turns out to be the one fight he wins.

3. THE DAY THE EARTH STOOD STILL (1951)
“Klaatu barada nikto!” Wise set the standard for science fiction films to come, using metaphor and allegory to tell a poignant story of alien invasion. Michael Rennie stars as Klaatu, a handsome extra-terrestrial who lands on Earth with his pal Gort, a giant robot with a laser-spewing visor for eyes. But Klaatu and Gort come in peace, hoping to warn the inhabitants of Earth against the dangers of nuclear war. Unfortunately, not all humans are as friendly as the spacemen.

2. THE SOUND OF MUSIC (1965)
The hills are indeed alive with the sound of music, as the camera swoops in on Julie Andrews twirling around a lushly green mountaintop. Wise won Oscars for producing and directing this lavish adaptation of the Rogers and Hammerstein Broadway hit. Andrews stars as a young Austrian woman who leaves a convent to become baroness to the Von Trapp family. She soon earns the love of the children and their widowed father (Christopher Plummer) with the help of some catchy tunes.

1. WEST SIDE STORY (1961)
“West Side Story” caused a stir when it was released, igniting the box office and collecting 10 Academy Awards including Best Picture and Best Director for Wise and choreographer Jerome Robbins (Wise was tasked with helming dramatic scenes while Robbins handled the dancing). Viewed today, it’s flaws are more apparent than they were in 1961. For one, the casting of Natalie Wood as Maria, a Puerto Rican who falls in love with a Caucasian gang member (Richard Beymer), is dubious, especially since her singing was dubbed by Marnie Nixon. For another, the rivalry between the Sharks and the Jets comes across as rather cornball, hurt by some painfully stiff dialogue.