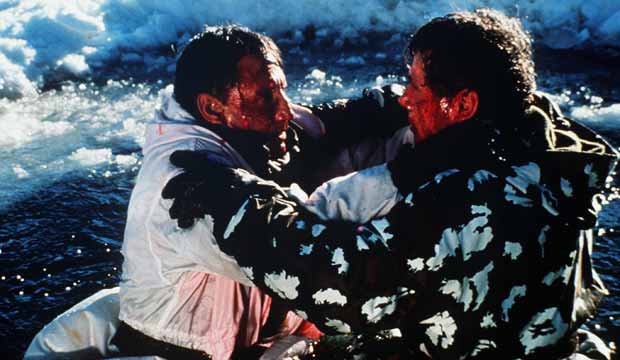 Roy Scheider would’ve celebrated his 87th birthday on November 10, 2019. Though he’ll forever be known as Chief Brody, the shark-hunting sheriff in Steven Spielberg‘s “Jaws” (1975), the Oscar-nominated actor starred in a number of classics throughout his career before his death in 2008. In honor of his birthday, let’s take a look back at 15 of his greatest films, ranked worst to best.

Born in 1932 in Orange, New Jersey, Scheider’s journey towards the screen wasn’t exactly a straightforward one. After trying his hand at amateur boxing and serving in the military, he turned in his gloves and his uniform to set his sights on bit parts in movies and television. His big breakthrough came with William Friedkin‘s “The French Connection” (1971), a gritty police drama for which he earned an Oscar nomination as Best Supporting Actor (the film won five prizes including Best Picture). He returned to the race with a Best Actor nomination for Bob Fosse‘s autobiographical musical “All That Jazz” (1979), for which he also competed at BAFTA and the Golden Globes.

But it was with his lead turn in Spielberg’s box office behemoth that Scheider became a household name. Few movie fans can forget the iconic moment when Brody, after seeing the massive man-eater for the first time, tells seaman Quint (Robert Shaw), “We’re gonna need a bigger boat.” Scheider reprised the role in the Spielberg-less sequel “Jaws 2” (1978), forever cementing his image as America’s favorite fisherman.