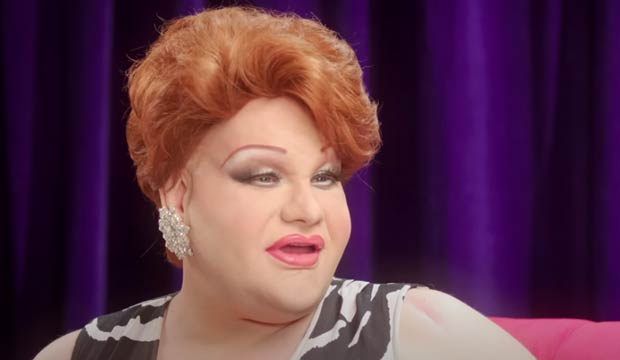 In the six seasons of “RuPaul’s Drag Race All Stars” so far, we’ve seen dozens of queens return to the main stage to claim the crown they previously couldn’t, resulting in seven freshly combed wigs now bearing the weight of their sparkling tiara. (See the winner’s list.) But earning a spot in the Drag Race Hall of Fame isn’t the only reason why a queen might return. Some came back from early seasons to remind the audience of their talent and others jumped right back into it in the hopes of earning redemption from the sins of their first season. Now, as we look forward to the casting for Season 7 of the VH1/Paramount+ spin-off, we speculate at the reasons why these queens from each of the show’s 13 seasons might walk into the Werk Room one more time, all of which have not yet made it back.

Are any of these queens in YOUR “RuPaul’s Drag Race All Stars” dream cast? Scroll through our photo gallery above.

Victoria “Porkchop” Parker – Season 1
Famously the first eliminated queen in series history, and the inspiration for the season 13 “Porkchop” twist, Victoria Parker would be the queen of redemption in returning to the stage. Since the first season she’s made several cameos in challenges for subsequent seasons, including as a contestant on Snatch Game, and has been called a “star” by RuPaul. So, hey, Ru! Stop teasing us and just bring her back already!

Mystique Summers – Season 2
Almost all of the season 2 cast has returned for All Stars, and Kylie “Sonique” Love became the first of them to win, so why has it taken so long for Ru to bring back Mystique? I mean, bitch, she is from Chicago–that’s got to stand for something. Like Porkchop before her, she is one of the first plus-size queens to be on the show and despite many attempts by later queens, we still have yet to crown a plus-sized winner. Mystique, now is your time!

Delta Work – Season 3
A lot of queens probably don’t come back because they don’t need to, but, damnit, we just want them to! Delta won an Emmy for her work as a hair and makeup artist on the show, which arguably might be worth more than a winner’s crown, so let’s see how the drag of one of the original Heathers has evolved over the years.

Dida Ritz – Season 4
Okay so Dida’s LSFYL to “This Will Be (An Everlasting Love)” in front of Natalie Cole remains one of the absolute best lip syncs in series history and that makes it an inexcusable tragedy that she’s never returned to deliver more what Latrice called “high drag at its finest.”

Ivy Winters – Season 5
One of the few Miss Congeniality winners that has never returned, Ivy is probably the early season queen most due for her second appearance. Besides, who doesn’t want to hear Ru sing Ivy’s name again every time she enters the catwalk?

Laganja Estranja – Season 6
Not particularly well-received in her original season, Laganja has since become a fan favorite for all of the classic moments she was able to deliver. None are more classic than her most recent as the lip sync assassin that jumped onto the catwalk from the high heavens in a full split.

Pearl – Season 7
Is Pearl awake yet? It’s time for our favorite monotonous, underwhelmed queen to come back and show everyone why she deserved to be in her finale despite never winning a solo challenge. When we talk about returning for redemption, Pearl’s comeback is the sort we’re alluding to.

Kim Chi – Season 8
Look, Kim has said multiple times that she wouldn’t return to the show and, frankly, we know that with a successful makeup business she certainly doesn’t need it, but that doesn’t stop us from begging for it! To this day, no contestant brings to the show what Kim’s aesthetic did and for that reason we’re all sorely missing out until she’s back on our screen.

Peppermint – Season 9
Legendary before the show and still legendary today, Peppermint is without a doubt the most deserving queen of becoming an All Star. In a grand finale stacked with the talent (all future winners, mind you) of Sasha, Shea and Trinity, Peppermint more than held her own — she owned it. Let’s bring her back and see if she can make the season 9 finalists go four for four with crowns.

Yuhua Hamasaki – Season 10
There are a handful of queens from season 10 that we’d love to see back, but Yuhua’s journey on the show was cut incredibly short based on our own expectations of her. Many queens that got an early boot have been invited back before, so now it’s time to open the doors to Yuhua’s second coming.

Nina West – Season 11
Nina. Nina. Nina. We need Nina. Granted, any All Stars season featuring Nina will feel like the fix is in to give Nina a well-deserved crown, but it would certainly be fun trying to see all the other queens stack up against one of the show’s all time fan favorite sweethearts. Hey, maybe she’d surprise us and become a villain?

Gigi Goode – Season 12
By now, season 12 queens are the likeliest group to stack the next season of All Stars and there’s just no way that can happen without the entrance of Gigi. She will bring us the walk, the glamour, the comedy and the creativity every week and give any other competitor a true run for their money. It’d also be sweet to see her follow in the footsteps of her sister Symone and bring another crown home to the family.

Kandy Muse – Season 13
Perhaps not the fan favorite, Kandy brings a much-needed antagonist’s energy to the show that has been severely lacking from other recent seasons. Of all the competing NYC queens in the years since Bianca Del Rio, none exhibited the true unapologetic attitude of New Yorkers like Kandy did. We want that in-your-face approach back in the room, so let’s hope Kandy won’t have turned over a new leaf any time soon.