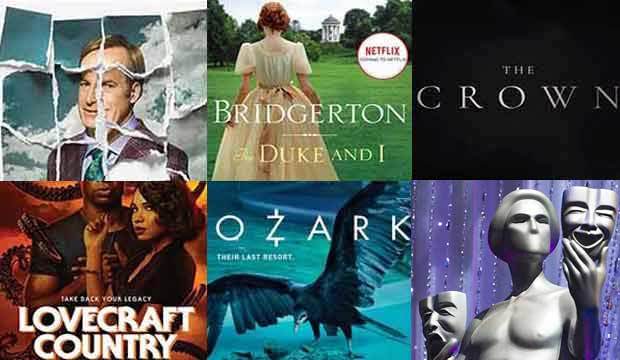 Since their inaugural ceremony in 1995, the Screen Actors Guild Awards has honored the collective work of TV series’ casts in addition to individual actors. The 2021 nominees for the Best Drama Ensemble award are “Better Call Saul,” “Bridgerton,” “The Crown,” “Lovecraft Country,” and “Ozark.” The winner will be revealed during the 27th SAG awards ceremony, airing April 4 on TBS and TNT.

The group from “The Crown” are the only returning winners, having just triumphed last year. Before the cast was overhauled for its third season, the actors from the first two seasons were nominated in 2017 and 2018. The series could become the first streaming program (and the ninth overall) to win the award twice.

The casts of “Better Call Saul” and “Ozark” have faced off once before in 2019. Both lost to the ensemble from NBC’s “This Is Us.” “Bridgerton” and “Lovecraft Country” both earned their first nominations here for their first seasons. Both include one actor who previously prevailed as a member of a different ensemble. Michael Kenneth Williams (“Lovecraft Country”) won as a “Boardwalk Empire” cast member in 2012, and Julian Ovenden (“Bridgerton”) won for “Downton Abbey” in 2016.