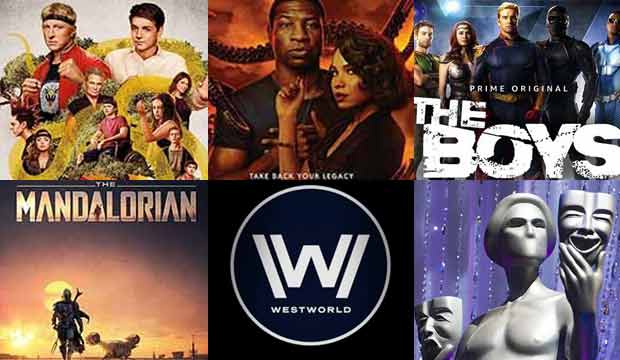 Since 2008, the Screen Actors Guild Awards has honored the oft unsung heroes of the TV acting industry with the Best Stunt Ensemble prize. The competitive award is given every year in honor of the invaluable work done by stunt performers and coordinators in the making of television programs. The 2021 nominees are “The Boys,” “Cobra Kai,” “Lovecraft Country,” “The Mandalorian,” and “Westworld.” The winner will be revealed during the 27th SAG awards ceremony, airing April 4 on TBS and TNT.

The stunt crew from HBO’s “Game of Thrones” concluded a perfect run last year, having won this award for each and every one of its eight seasons. Its absence from this year’s roster has given several newcomers a chance at taking the spotlight. The team from “Westworld” are the only previous nominees, making 2021’s lineup the first in eight years to include four new crews.

Now on its third outing, “Westworld” is one of the 10 most-nominated shows in the category’s history. Only “Game of Thrones,” “The Walking Dead” (eight bids), and “Homeland” (four bids) stand above it. It is tied with “Boardwalk Empire,” “Daredevil,” “Dexter,” “GLOW,” “Heroes,” and “The Unit.”

“Lovecraft Country” is the only series in the lineup nominated in another category. It is the ninth series to compete for both Best Stunt Ensemble and Best Drama Ensemble in the same year, following “Boardwalk Empire,” “Breaking Bad,” “The Closer,” “Dexter,” “Game of Thrones,” “Homeland,” “Stranger Things,” and “Westworld.” No comedy or drama program has ever won SAG awards for both its main and stunt ensembles, meaning that “Lovecraft Country” could be the first.