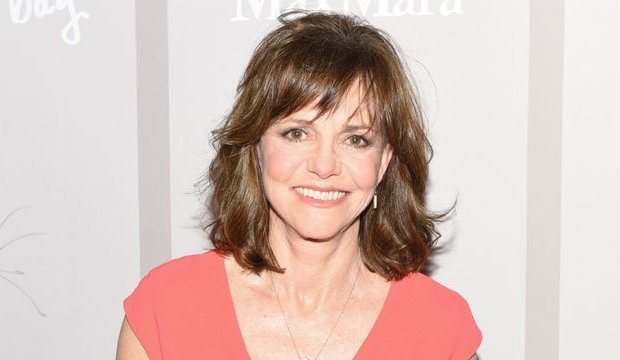 As she said when she collected her second Oscar for Best Actress, Sally Field hasn’t had an orthodox career. Plucked out of a drama class when she was barely out of high school Field was cast as the perky surfer girl Gidget for one season on TV. She then did three seasons in the preposterous series “The Flying Nun.” Not exactly the kind of work that would portend a serious new actress had arrived. In fact at the age of 24, Field found herself to be somewhat of an industry joke.

While many sitcom stars who fell into obscurity, Field managed to turn her career around. She began working with famed acting teacher Lee Strasberg and slowly things started to change for her. She found work in a series of well regarded TV movies and won an Emmy for the miniseries “Sybil” about a child abuse victim that developed 16 different personalities in order to cope with her childhood trauma.

In the 1970s actors didn’t move as freely back and forth between film and television as they do today, so even with her acclaim for “Sybil,” Field found obtaining work in movies a bit of a challenge. That all changed when she was cast in the title role of “Norma Rae,” which would launch an impressive film career with her first Academy Award. Her movies since then have included “Places in the Heart,” “Absence of Malice,” “Steel Magnolias,” “Lincoln” and more.

It is hard to believe that the forever youthful Field will turn 72 on November 6, 2018. Tour our photo gallery of her 15 greatest film performances, ranked from worst to best.

15. BEYOND THE POSEIDON ADVENTURE (1979)
It took seven years for this sequel to the immensely successful and beloved “The Poseidon Adventure” to hit movie screens and in that time the love for the genre had pretty much ended. Director Irwin Allen, who had pioneered the disaster epic, had a bomb the year before with “The Swarm” and the fate of this film was quite similar. BUT despite its place on many critics year’s end worse movie lists, Field managed to give a surprisingly refreshing performance as one of the passengers trying to escape the capsized ship.

14. BACK ROADS (1981)
After her Oscar win for “Norma Rae” made Field a movie star, she only released two sequels. Her next big film was supposed to be this comedy that reunited her with her “Norma Rae” director Martin Ritt, casting her as a hooker who meets a down on his luck boxer played by Tommy Lee Jones. The two stars clashed vehemently on the set and Jones would later apologize to Field for his attitude during the film.

13. HELLO MY NAME IS DORIS (2015)
Field recently had a minor hit with this touching comedy about an older somewhat out of touch woman who strikes up a friendship with a much younger man with whom she works. Doris is an oddly dressed older woman working among a bunch of hip young New York millennials. Max Greenfield plays the object of her desire who unknowingly (or does he?) encourages her affection.

12. KISS ME GOODBYE (1982)
Set in the world of the Broadway theater, “Kiss Me Goodbye” is an American version of the acclaimed Brazilian film “Dona Flor and Her Two Husbands.” Field plays a woman whose choreographer husband falls to his death down a staircase in their townhouse. When she returns to the house a while later with a new fiancee she finds that the old husband (James Caan) is haunting the house.

11. ABSENCE OF MALICE (1982)
Field earned a Golden Globe nomination and Paul Newman eared an Oscar nomination for this story about ethics in journalism. Field plays a reporter who publishes a story which leads to the suicide of a woman (Melinda Dillon, also Oscar nominated.) Field stepped into the role after Diane Keaton dropped out of the film.

10. SMOKEY AND THE BANDIT (1977)
Due to her initial exposure to audiences as a TV star, Field had trouble gaining film roles even after her acclaimed Emmy winning work in the mini-series “Sybil.” She took what film she could including this car chase comedy that was a huge hit for her and her then boyfriend Burt Reynolds. Field plays a runaway bride who somehow gets caught up in the auto tricks the film specializes in.

9. SOAPDISH (1991)
This popular comedy stars Field as a daytime soap opera star trying to hold onto her job while a scheming co-star and producer try to get rid of her. She is also forced to reunite with an ex lover whom she loathes (Kevin Kline) and a starstruck relative who in soap opera fashion turns out to be her daughter (Elisabeth Shue) who wants to get into the acting business.

8. PUNCHLINE (1988)
This somewhat forgotten entry on Field’s resume was the first time she was paired with Tom Hanks, with whom she would later go on to make film history. The film is set in the world of stand up comedy which was thriving during the 1980s. Hanks plays a somewhat self-destructive comic desperate for success while Field plays a suburban mother and wife who starts dabbling in the comedy world but is torn over the strain it places on her family.

7. MRS. DOUBTFIRE (1993)
“Mrs Doubtfire” stars Robin Williams as a divorced man who dresses up as an English nanny and takes a job working for his ex-wife so he can be closer to his children. The interesting thing about Field’s performance is how genuinely seriously she takes the role. The audience’s belief that this is really a proper English woman and not Williams in drag depends a lot on how realistically Field plays her scenes with Mrs. Doubtfire whom she never once suspects is really her ex-husband.

6. MURPHY’S ROMANCE (1985)
Field earned a Golden Globe nomination and her co-star James Garner earned his only Oscar nomination for this film about a woman who returns to her small town and finds herself falling in love with a somewhat older man. The film’s conclusion with Field announcing she’s in love for the first time in her life and Garner saying he’s in love for the last time in his life is romantic comedy at its most touching.

5. FORREST GUMP (1994)
“Forrest Gump” became a national sensation when it was released in the summer of 1994. Field plays the mother of the title character who despite his mental limitations goes on to lead a full life and also develops a knack for being in the right place when history is being made. Her death bed conversation with Forrest where he asks her what his destiny is and she informs him that he’ll have to find that out for himself ranks as one of the most spinetingly moving moments in film history.

4. LINCOLN (2012)
After a long absence from the Academy Awards, Field returned to the competition with her work as Mary Todd Lincoln opposite Daniel Day-Lewis‘ Oscar winning turn as Abraham Lincoln. Field earned her first Best Supporting Actress nomination for the film (and it was also the first time she was Oscar nominated and didn’t win).

3. STEEL MAGNOLIAS (1989)
This beloved film casts Field as one of a group of friends who frequently discuss life’s ups and downs while they are getting their hair done in a salon owned by the Dolly Parton character in the rural south. The film provided then unknown Julia Roberts with a star making role as Field’s daughter, who insists on having a child even though that could be quite dangerous to her health given she is a diabetic. Field’s final graveyard scene is one of the rawest displays of emotion and grief ever displayed on film and the comic twist at the end of it is just a gem of a moment.

2. PLACES IN THE HEART (1984)
Unfortunately “Places in the Heart” will be forever linked with Field’s emotional Oscar speech where she proclaimed “you like me” and then was endlessly mocked by comedians for years afterwards. Field plays Edna Spalding, a suddenly widowed woman who defies the odds to keep her family intact by raising cotton. The movie features everything from a riveting tornado scene to a harrowing display of the racial hatred of the KKK.

1. NORMA RAE (1979)
Nobody in the film business seemed to want to play the title role in “Norma Rae.” A-List film actresses Jane Fonda, Jill Clayburgh, Marsha Mason and Diane Keaton all turned down the role. Field would go on to run the compete derby of awards winning the Cannes Film Festival, all the major film critic’s awards, the Golden Globe and finally the Oscar as Best Actress. Field plays a somewhat irresponsible and hopeless woman who works in a small town mill. She finds purpose in life when she joins up with a man who is trying to unionize the factory. Field’s standing on a table with the word “union” written on it which slowly convinces her coworkers to join the union is one of those goose flesh inducing moments that only rarely come about in movies.