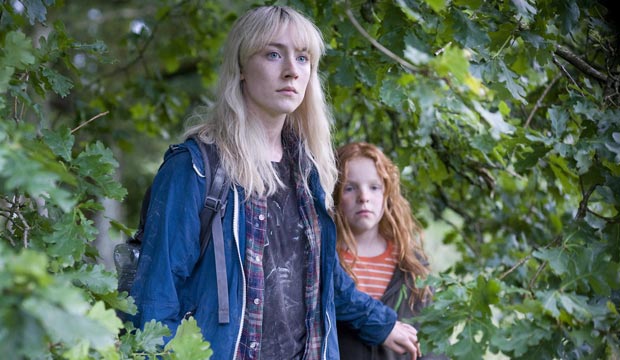 Saoirse Ronan will turn 25 on April 12, 2019. It is quite the accomplishment that she has achieved three Oscar nominations at such a young age. Only Jennifer Lawrence has been able to match that number in her early twenties. Ronan was first nominated as a child actress at the age of 13 as Best Supporting Actress for the film “Atonement.” She has recently received two Best Actress nominations for “Brooklyn” and “Lady Bird” although she has yet to take home a trophy.

Ronan’s parents were both actors and she was actually born in The Bronx, New York while her father was studying acting there and working odd jobs. Her parents would return to their native Ireland when Saoirse was three. Her father would continue acting amassing a number of films and television performances on his resume. Ronan began acting herself at the age of 9 on a few different Irish television programs. After missing out on a role in the Harry Potter films she would bounce back with the key role in “Atonement,” which was a heavy contender at the 2007 Oscars earning multiple nominations including one for Best Picture.

Both of Ronan’s Best Actress nominations in “Brooklyn” and “Lady Bird” showed early potential of possibly winning the award. She is generally regarded as probably finishing second in the 2015 race for “Brooklyn” and while 2017 was a bit more competitive she likely scored high in that vote tally also. She lost her Oscars to Brie Larson (“Room”) in 2015 and Frances McDormand (“Three Billboards Outside Ebbing, Missouri”) in 2017. The supporting winner in 2007 was Tilda Swinton for “Michael Clayton.”

In honor of Ronan’s birthday, tour our photo gallery of her 10 greatest film performances, ranked worst to best.