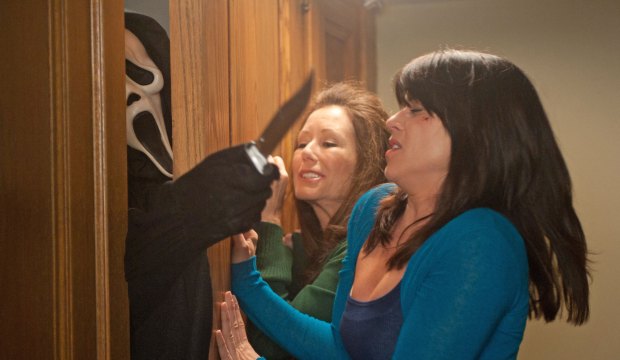 The “Scream” franchise wasn’t just a series of slasher movies, it was also a collection of murder mysteries as the audience tried to suss out who kept donning the iconic Ghostface costume to hack away at new groups of teens and coeds. Of course, after several films, trying to keep the killer reveal fresh and exciting was a challenge. How do you top the last psycho and their motive? As a result, the plots often tied themselves in knots coming up with novel schemes, sometimes to a fault. Below, I’ve ranked the “Scream” movie killers from worst to best. Do you agree with my rankings?

The original 1996 film was groundbreaking in its deconstruction of the horror genre. More broadly, it popularized all of pop culture commenting on itself as a group of teenagers found themselves in a slasher movie while already familiar with the tropes and cliches of slasher movies. The central figure is Sidney Prescott (Neve Campbell), whose classmates start dropping dead around the one-year anniversary of her mother Maureen’s murder. She’s aided by the hapless but loyal sheriff’s deputy Dewey (David Arquette) and clashes with tabloid reporter Gale (Courteney Cox), who cashed in by writing a book about Maureen’s death.

Sidney survived killer after killer over multiple films, placing her up there with Jamie Lee Curtis‘s Laurie Strode (“Halloween”) among the all-time great horror heroines. But how do her would-be killers stack up against each other in the series’s pantheon of homicidal maniacs? Suffice it to say that MASSIVE SPOILERS follow if you haven’t seen the movies.

The fourth installment in the franchise was but a shadow of the previous three, and so were the motives. Charlie committed murders so he could be the know-it-all film snob survivor like Randy (Jamie Kennedy) from the earlier films. But alas, he’s betrayed by his accomplice (see below), who intends to be the sole survivor. Culkin eventually found greener pastures on “Succession” where the characters are only figuratively cutthroat.

“As the Scream Turns” ended the initial trilogy with a soapy twist meant to tie all three films together: film director Roman turned out to be Sidney’s half-brother, angry their mom Maureen abandoned him for her. He even revealed that he engineered Maureen’s murder, which set the whole franchise into motion. That was one too many story back flips to try to unify the whole series.

What Jill’s motive lacked in plausibility it at least made up for in camp value. She was Sidney’s teenage cousin, who engineered a whole new series of murders so she … could be as famous as her repeatedly traumatized relative? Her intention was to frame someone else for the Ghostface murders so she could have notoriety as the sole survivor. So she not only tried to rip off Sidney’s life, she also tried to rip off the original “Scream” killers’ plan to get away with it. Hopefully the “Scream 5” baddie(s) at least come up with a different MO.

The future Raylan Givens at first seemed to be just another student in Sidney’s circle of college friends, but he turned out to be psychotic — as many of Sidney’s friends and family members turn out to be. He wanted to get famous like so many of the other “Scream” killers, but his motive was a little different: he wanted to get famous as a killer, hoping to become a media sensation in a post-O.J. Simpson world. His accomplice (see below) decides this is a silly idea and shoots him. I mean, she’s got a point.

Ulrich plays a creep so effectively. Likely knowing that we’d already suspect him, the original film established Sidney’s boyfriend Billy as a suspect right away, showing him sneaking into her room and showing up at suspicious times. He even faked his own murder during the climactic house party massacre. So his excellent reveal as the killer was the third or fourth Billy fakeout of the film.

But even if you saw it coming, his motive made the reveal worthwhile. After the film had established rumors of Sidney’s mother and her promiscuity, Billy reveals that he killed Maureen and a bunch of Sidney’s classmates because Maureen broke up his parents’ marriage. That even seemed to surprise his accomplice …

He was the sidekick in this homicidal duo, but he was the more memorable of the two, both for Lillard’s deliciously unhinged, scene-stealing performance and for Stu’s elusive motives. He claimed to kill because of Billy’s peer pressure, which is a pretty flimsy pretense.

He could just be a psychopath without any real reason for his rampage (as Randy points out, “motives are incidental” at the turn of the millennium). But over repeated viewings, I’ve developed a theory that Stu is actually secretly in love with Billy; that’s why he killed his ex-girlfriend (Drew Barrymore) and current girlfriend (Rose McGowan) to be with his partner in crime. That’s what’s great about Stu as a villain: the film leaves just enough mystery for him to still be fascinating decades after the film’s release.

The most surprising killer in the entire “Scream” franchise but the most fitting. For most of the film Mrs. Loomis is masquerading as Debbie Salt, a third-rate reporter who only has a few scenes in the background of the story as she covers the latest series of bloody murders. But she turns out to be Billy’s mom, who kills to avenge her son’s death at Sidney’s hands. You know, if you’ve got two serial killers in one family, maybe it’s time to stop blaming poor Sidney for your homicidal tendencies.

But Metcalf’s exhilarating, maniacal turn after her reveal as the killer may be my single favorite performance in “Scream” history. Dare I say it would have been a performance as worthy of Oscar as her “Lady Bird” role? Yes I dare, and this is a hill I will die on — come at me, bro. 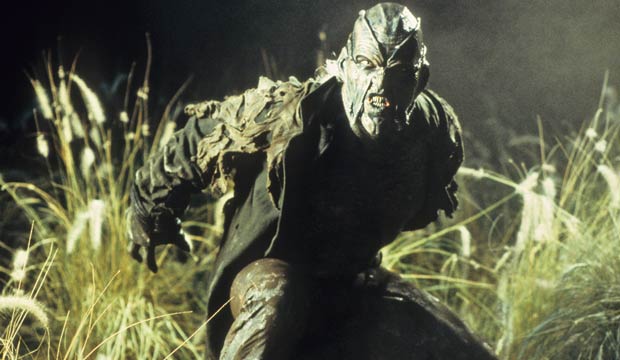