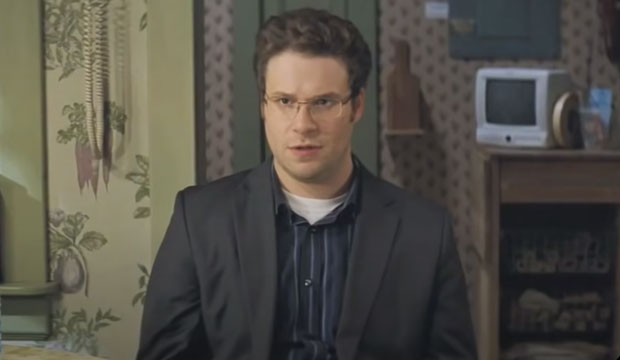 We all think we know Seth Rogen. He’s the stoner king, the oversized kid fighting off adulthood, the comedy icon that Judd Apatow built almost from scratch after the two met just before the turn of the millennium on the set of the woefully short-lived NBC series “Freaks and Geeks.” Yes, Rogen is all these things, but to limit his influence strictly to his talents as a funnyman is to wrongly shortchange him. At the not-so-advanced age of 40, the actor who was born on April 15, 1982 in Vancouver, British Columbia is also a prolific writer and producer of product on screens big and small. He even co-wrote an episode of “The Simpsons.”

SEEOscar Experts Typing: Why ‘The Fabelmans’ is still the one to beat (for now)

Moreover, the Rogen that audiences will see in the new semi-autobiographical coming-of-age film “The Fabelmans” from director and co-writer Steven Spielberg that had a limited release on November 11 (going wide on the 23rd) bears little resemblance to the Rogen who entered the zeitgeist in such fun-loving, maturity-challenged raunchfests as “Superbad” and “Pineapple Express” more than a decade ago. In “Fabelmans,” he plays Bennie Loewy, a fictionalized version of a real-life man named Bernie who was a “fun uncle” father figure to a young Spielberg back in the 1960s when the film is set. It isn’t a spoiler to note that his character plays a pivotal role in the film’s dramatic through-line.

Tour our photo gallery of what we consider Rogen’s 15 best films, beginning with one he starred in opposite no less than Barbra Streisand.