The short drum solo that opens the captivating main title theme from the Hulu comedy “Only Murders in the Building” might sound innocuous enough to an untrained listener. But as composer Siddhartha Khosla explains in an exclusive video interview with Gold Derby, the specific sound of that beat – captured by playing plastic buckets purchased from Home Depot – ties the music to the show itself and its central location, a pre-war building in New York City’s Upper West Side.

“The idea was, how do we bring about the majesty of this pre-war building and the history of it in the score, but also juxtapose it with something modern – because New York is filled with all of these sorts of these dichotomies,” Khosla explains. “You can have somebody who lives in this building who is so wealthy… and then you can walk down the street, and there can be somebody on the street corner playing buckets to collect change.”

Khosla’s pitch was embraced by co-creator John Hoffman, and the composer’s drummer James McAlister, who worked with The National and Sufjan Stevens among other acts, was tasked with buying the buckets. “He set up his drum kit with mics on the all these buckets and just sort of and just played on the main title and it really was the thing that made it sort of ‘slap’ as some people said,” Khosla jokes.

Steeped in the true-crime podcast boom of the last decade – as well as the comic sensibilities of co-creator Steve Martin – “Only Murders in the Building” is a comedic mystery that focused its first season on three unlikely allies (Martin, Martin Short and Selena Gomez) who team up to solve a brutal murder that happened in their apartment building. Kholsa, who is a three-time Emmy nominee for his work on NBC hit “This Is Us,” says he was immediately enthralled by the script and the project’s potential.

“When I had that interview for the show, we were deep into the early parts of the pandemic, when everything was sort of shutting down. I had started writing my own modern classical record,” Khosla, whose roots are in the indie rock world, explains. As it turned out, his experimentation, inspired in part by composers like Philip Glass, happened to be right for the show. “On my interview with John Hoffman on the Zoom call. I played him like one of the pieces that I just like written like as I had read his script, because I was already in this world, and he heard it and he was like, you have the job on the show. I’d never really done that before and that was exciting. It has been just a magical experience working on that show.”

Khosla, of course, is no stranger to “magical” experiences. He broke out as a composer thanks to “This Is Us,” a series that offered him the opportunity to collaborate with his longtime friend Dan Fogelman (an executive producer on “Only Murders in the Building” as well). The show has now aired its series finale following a string of episodes that have left fans in tears with great frequency. “I actually cried twice in my studio this week as I wrote the final cue,” Khosla says, quickly adding that it was the material and the moment that made him emotional and not necessarily his own music. “The show’s done so much for my career. It’s been such a wonderful experience and I’ll never get to do this again.”

“Only Murders in the Building” is available on Hulu. “This Is Us” airs on NBC and streams on Peacock. 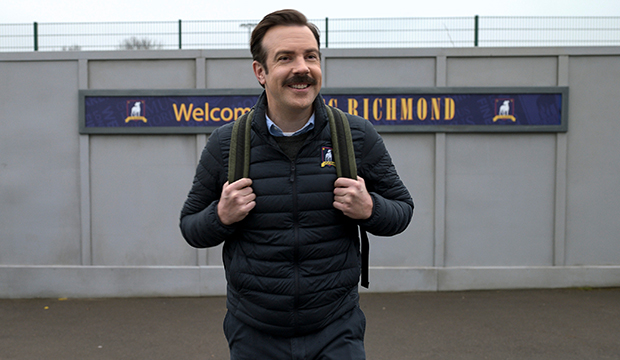