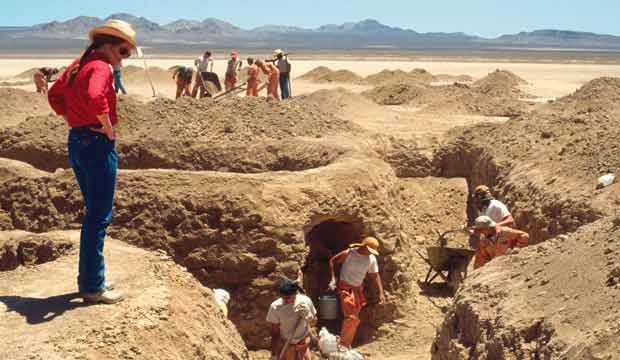 Sigourney Weaver celebrates her 69th birthday on October 8, 2018. The three-time Oscar nominee has proven herself a capable leading lady in a variety of genres, including science fiction, fantasy, comedy, horror, and drama. In honor of her birthday, let’s take a look back at 15 of her greatest films, ranked worst to best.

“Aliens” brought Weaver her first Oscar nomination as Best Actress, a rarity for the genre. Not to be typecast, she found further success in a variety of roles that didn’t require donning a space helmet. She pulled off the rare hat trick of receiving two Oscar nominations in a single year: one for the comedic “Working Girl” (supporting) and one for the biopic “Gorillas in the Mist” (lead). Despite winning Golden Globes for both, she left the Academy Awards empty-handed, losing to Geena Davis (“The Accidental Tourist”) and Jodie Foster (“The Accused”), respectively.

Weaver found further success on the stage, reaping a Tony nomination as Best Featured Actress in a Play for “Hurlyburly” in 1985. Her small-screen work also brought her three Emmy nominations as Best Movie/Mini Actress ( “Snow White: A Tale of Terror” in 1998, “Prayers for Bobby” in 2009, and “Political Animals” in 2012).

Take a tour through our photo gallery above of Weaver’s 15 greatest films, including a few roles that should’ve led to Oscar victories.

15. HOLES (2003)
This adaptation of Louis Sachar’s young adult bestseller stars Shia LaBeouf as an adolescent with perpetually bad luck sent to a detention center for a crime he didn’t commit. There, he and his cellmates are forced to dig holes under the supervision of an iron-fisted warden (Weaver) and her henchmen (Jon Voight and Tim Blake Nelson) in order to build character.

14. HEARTBREAKERS (2001)
Weaver and Jennifer Love Hewitt play a mother-daughter con team scamming rich men for their money with the help of some tight, low-cut dresses. The film putters along until Gene Hackman shows up as a chain-smoking tobacco tycoon looking for a new wife. Less successful is the romantic subplot between Hewitt and a kindly bar owner (Jason Lee).

13. THE VILLAGE (2004)
When it was released in 2004, M. Night Shyamalan’s “The Village” was savaged by critics who found its pacing sluggish and its twist ending ludicrous. Sure, it’s slow and ridiculous, but it’s also a moody, atmospheric, and creepy thriller about an isolated Pennsylvania community besieged by monsters. Weaver plays one of the town elders, who masks a deep secret about the settlement’s origins.

12. INFAMOUS (2006)
“Infamous” had the misfortune for coming out a year after “Capote,” which won an Oscar for Philip Seymour Hoffman’s eerie transformation into the famed author. But while the first film was dark and brooding, this one is colorful and bubbly. It features his relationships with Manhattan’s upper-crust — such as Babe Paley (Weaver), Bennett Cerf (Peter Bogdanovich), and Slim Keith (Hope Davis) — to contrast his time in Kansas with convicted killer Perry Smith (Daniel Craig).

11. RAMPART (2011)
This cop drama from Oren Moverman is pretty much the Woody Harrelson show, but Weaver and several others prop him up with juicy supporting performances. He plays a renegade Los Angeles cop in the notorious Rampart division, which was exposed as a hotbed of corruption in 1999. Weaver is the Assistant DA urging him to retire when he’s caught on camera beating a man half to death after a car crash (proving some things never change).

10. A MAP OF THE WORLD (1999)
Weaver reaped a Golden Globe nomination for playing Alice Goodwin, a school nurse who finds herself in a world of trouble when a young girl dies on her dairy farm. The town continues to turn against her when she’s accused of child abuse. This is one of Weaver’s best roles, a headstrong, self-righteous woman who would rather go to jail than say something she doesn’t believe, and views her imprisonment as a vacation away from home.

9. AVATAR (2009)
Weaver reunited with “Aliens” director James Cameron for another sci-fi epic. Set in the year 2154, “Avatar” centers on a paraplegic soldier (Sam Worthington) who travels to the distant planet of Pandora to learn about it alien population. With the help of a liberal exobiologist (Weaver), he’s turned into one of the nine-foot-tall blue men, and during his travels he grows to sympathize with the peaceful dwellers.

8. GALAXY QUEST (1999)
If “Galaxy Quest” teaches us anything, it’s that some science fiction fans can really take their devotion too far. That’s what happens when an alien race intercepts reruns of a “Star Trek”-esque series and takes them for historical documents. They then enlist the washed-up cast — including Weaver, Tim Allen, Alan Rickman, Tony Shalhoub, and Sam Rockwell — to take a break from the convention circuit and help them battle a hostile warlord.

7. THE YEAR OF LIVING DANGEROUSLY (1983)
Peter Weir’s “The Year of Living Dangerously” is best remembered for its gender-bending Oscar win: diminutive Linda Hunt dressed in drag to play a male photographer and won Best Supporting Actress. Mel Gibson stars as an Australian reporter covering Indonesia in 1965, when the rule of President Sukarno is crumbling and the Vietnam war is imminent. He begins a romance with a British attache (Weaver) as the world around them becomes increasingly unstable.

6. DAVE (1993)
“Dave” is one of those delightful entertainments that almost feels like it’s from another time, as if Frank Capra continued his successful run well into the 1990s. Kevin Kline stars as an ordinary man who’s enlisted to impersonate the incapacitated U.S. president and ends up winning the hearts of every American, including the First Lady (Weaver). A ridiculous premise is made believable by the charm of its actors and sparkling wit of Gary Ross’s Oscar-nominated script. If only real life politics worked this way!

5. GHOSTBUSTERS (1984)
Looking for something that’s spooky, silly and strange? Better call the Ghostbusters. Bill Murray, Dan Aykroyd, Harold Ramis, and Ernie Hudson play a team of paranormal investigators ridding Manhattan of ghosts and ghouls. Weaver costars as a woman whose apartment is possessed by demons, while Rick Moranis and Annie Potts score laughs as a nerdy neighbor and a bespectacled secretary, respectively.

4. GORILLAS IN THE MIST (1988)
Weaver earned a Best Actress Oscar nomination for Michael Apted’s arresting biopic of Dian Fossey, a scientist who traveled to Africa in 1967 to study the vanishing mountain gorillas. Witnessing firsthand the appalling treatment of primates, she becomes a fierce advocate for their survival, which eventually leads to her murder. Weaver tied at the Golden Globes with eventual Oscar-winner Jodie Foster (“The Accused”) and Shirley MacLaine (“Madame Sousatzka”).

3. THE ICE STORM (1997)
In 1973, an ice storm descends upon suburban Connecticut during Thanksgiving. But for the residents of New Canaan, the weather is the least of their troubles. In adapting Rick Moody’s beloved novel, Ang Lee examines the cultural, sexual, and political upheaval of the times through the lens of one seriously screwed-up family. Weaver won the BAFTA prize and reaped a Golden Globe bid as Best Supporting Actress for her performance as a dissatisfied housewife having an affair with her neighbor (Kevin Kline).

2. WORKING GIRL (1988)
Weaver contended at the Oscars as Best Supporting Actress for Mike Nichols’ delightful feminist comedy. Melanie Griffith stars as a Wall Street secretary whose brain is as big as her hair, but her evil boss (Weaver) won’t take her seriously. She gets a chance to prove herself when her employer is incapacitated by a leg injury, and she begins to impersonate her in business meetings. Perhaps tired of playing heroic women, Weaver relishes acting as a diva.

1. The ALIEN series (1979, 1986, 1992, 1997)
When the script for “Alien” was originally conceived, the role of Ripley — the lone survivor aboard a spaceship besieged by a snarling, murderous extra-terrestrial — was written for a man. But director Ridley Scott swapped genders and cast Weaver, at that time a relative newcomer. In the original and each subsequent followup — James Cameron’s “Aliens” (for which she received an Oscar nomination, a rarity for the genre), David Fincher’s “Alien 3,” and Jean-Pierre Jeunet’s “Alien: Resurrection,” Weaver proved that women can kick butt with the best of anyone.