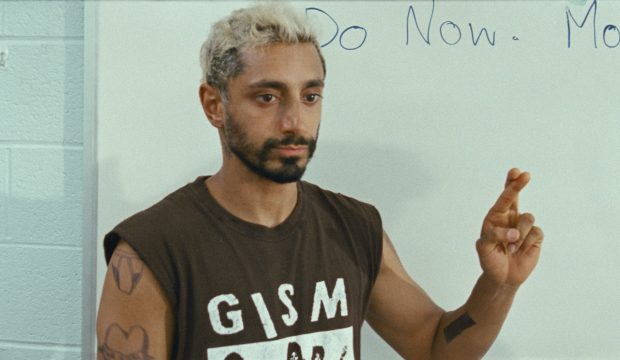 “Sound of Metal” first premiered at the Toronto Film Festival in 2019 and gradually built positive buzz leading up to its theatrical release last November. The film tells the story of a heavy metal drummer named Ruben, played by Riz Ahmed, who is horrified to discover he has lost his hearing. With help from his girlfriend, Lou (Olivia Cooke), and mentor Joe (Paul Raci), he seeks the treatment he needs while battling his inner demons. Scroll down to view our in-depth video interviews with top Oscar contenders from the film.

Ahmed has collected nominations at the Screen Actors Guild Awards, Golden Globes and Critics Choice Awards for his performance, following multiple wins from other critics groups. An Oscar nomination would make him the third Asian actor in Academy history to earn a Best Actor bid and the first of Pakistani descent. This would follow Ahmed’s Emmy win in 2017 for the HBO miniseries “The Night Of,” which also earned him nominations at the Golden Globes and SAG Awards. Meanwhile, Raci has won the lion’s share of Supporting Actor prizes from critics groups and just earned a bid from Critics Choice.

SEEWill ‘Sound of Metal’ be this year’s ‘Whiplash’ at the Oscars? It could drum up just as much academy support

But the performances in “Sound of Metal” haven’t been the only element of the film honored by awards groups. The film itself was voted one of the top 10 films of the year by the American Film Institute, the National Board of Review and the Critics Choice Awards. The screenplay by writer-director Darius Marder and co-writers Abraham Marder and Derek Cianfrance was nominated by the Writers Guild of America Awards.

“Sound of Metal” is now being discussed as a major contender for the upcoming Oscar nominations, and not only Best Actor for Ahmed. The film is also strongly contending for Best Picture, Supporting Actor for Raci, Original Screenplay, Film Editing and Sound. Should it pull off five or six nominations, it would almost mirror another acclaimed film centering on a drummer, “Whiplash,” which won Oscars in 2015 for acting, film editing and sound. Click the links below to see how the “Sound of Metal” cast and crew put together such a quietly powerful film.