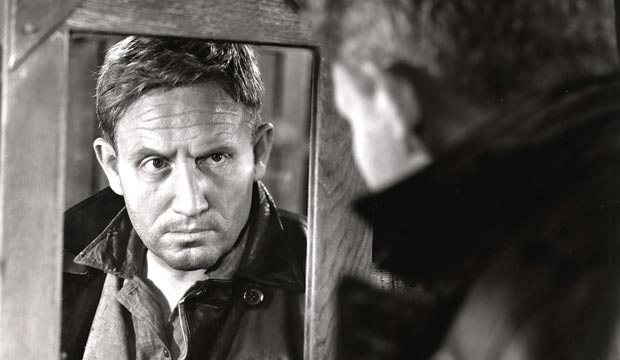 Spencer Tracy would’ve celebrated his 119th birthday on April 5, 2019. The two-time Oscar winner starred in a variety of classics before his death in 1967, including nine films opposite fellow legend Katharine Hepburn. In honor of his birthday, let’s take a look back at 20 of his greatest films, ranked worst to best.

Tracy pulled off the rare hat-trick of winning back-to-back Best Actor Oscars, first for his performance as a Portuguese sailor in “Captains Courageous” (1937), then for playing a dedicated priest helping wayward youths in “Boys Town” (1938). It’s a feat that would only be repeated once more in this category by Tom Hanks (“Philadelphia” in 1993 and “Forrest Gump” in 1994).

He’s perhaps best remembered for starring in nine films with Hepburn, starting with “Woman of the Year” (1942), the classic “Adam’s Rib” in the middle and ending with “Guess Who’s Coming to Dinner?,” filmed shortly before his death in 1967. The two were just as famous for their off-screen relationship as they were for their on-screen one, with rumors abounding of an affair between the two for decades. (Hepburn cared for Tracy throughout his illness, adding fuel to the rumor fire.)

Tour our photo gallery of Tracy’s 20 greatest films, including a few for which he didn’t receive Oscar nominations.