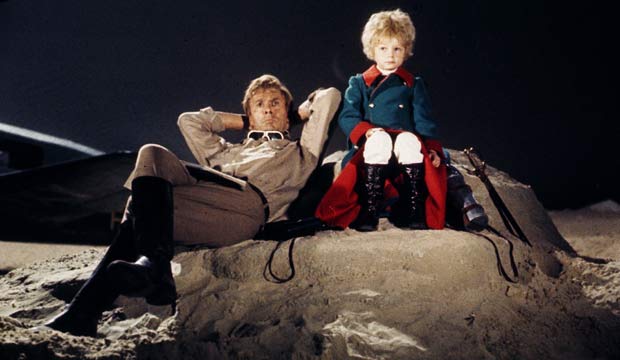 The late Stanley Donen would’ve celebrated his 95th birthday on April 13, 2019. The legendary filmmaker — the last of the directors from Hollywood’s golden age — passed away earlier this year on February 21, leaving behind a legacy of classic movies filled with color, song, and dance. In honor of his birthday, let’s take a look back at 15 of his greatest films, ranked worst to best.

Born in 1924, Donen got his start as a dancer. It was in the chorus line for George Abbott‘s production of “Pal Joey” that he met Gene Kelly. The two became quick friends, and Donen started working as Kelly’s assistant, helping him choreograph his intensely acrobatic dance sequences.

The two turned to filmmaking with “On the Town” (1949), a lavish Technicolor musical about three sailors on a 24 hour shore leave in New York City. They teamed up again for perhaps the greatest movie musical of all time: “Singin’ in the Rain” (1952). A satire of Hollywood’s rocky transition from silent cinema to sound, the film features some of the most memorable dance sequences ever, particularly Kelly’s joyous, rain-soaked rendition of the title song. Donen worked with Kelly one more time — for the surprisingly cynical “It’s Always Fair Weather” (1955) — before splitting up for good.

Throughout his career, Donen excelled at brightly colored, sprightly entertainments, including the Hitchcock homage “Charade” (1963) and the romantic comedy “Indiscreet” (1958). Surprisingly, he was never nominated at the Oscars, despite DGA bids for “Singin’ in the Rain” (shared with Kelly), “Seven Brides for Seven Brothers” (1954), “Funny Face” (1957), “Damn Yankees!” (1958, shared with Abbott), and “Two for the Road” (1967). He received an honorary award in 1998, famously dancing with his statuette while singing “Cheek to Cheek.”

Tour our photo gallery above of Donen’s 15 greatest films, including a few titles that should’ve brought him Oscar glory.