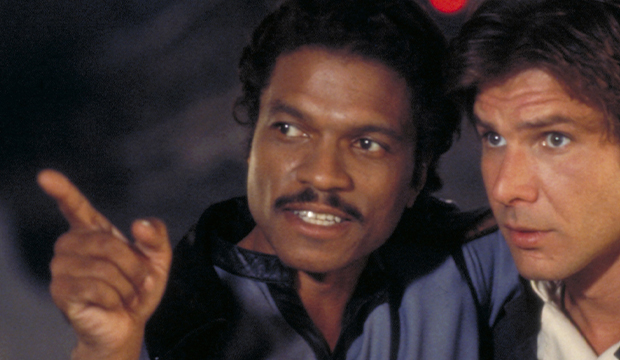 Forty-five years have passed since the initial release of “Star Wars,” and, in that time, it and its two original sequels, “The Empire Strikes Back” and “Return of the Jedi,” have arguably become the most universally beloved film trilogy. Every aspect of the films, from their music to their set design to their characters, are indelible parts of movie history, so much so that even non-fans are familiar with the basics of the plot.

The three-part story is widely known as that of Luke Skywalker, but how much time is actually devoted to Luke, and how much is spent developing the arcs of other characters? The answers lie in our photo gallery of the top 10 characters with the most screen time in the “Star Wars” original trilogy (using the most recently revised versions of the films). Scroll through to find out if your favorites made the cut.

“Star Wars” premiered on May 25, 1977 and was later retroactively given the subtitle “Episode IV – A New Hope.” The titular wars refer to a conflict between an evil Galactic Empire and the good people who form a Rebel Alliance against it. Luke becomes involved in the latter after discovering a message from a princess in despair, which leads him to seek the help of Jedi Master Obi-Wan Kenobi, who teaches him the ways of the Force. With six victories from 10 nominations (and one special sound prize), the film was the big winner at the 50th Academy Awards, with Best Picture recipient “Annie Hall” coming in second place with four.

The first sequel, “Episode V – The Empire Strikes Back,” had its official world premiere on May 20, 1980. Its plot concerns Luke’s continued growth into a Jedi Knight and reveals his inherent connection to the Dark Side of the Force. His companions, Han Solo and Leia Organa, also become more deeply involved in the fight against tyranny and in each other’s lives. The film won two Oscars for its sound and visual effects.

The final chapter in this original trilogy was “Episode VI – Return of the Jedi,” which debuted on May 25, 1983. After completing his training, Luke faces Sith Lord Darth Vader in an ultimate showdown. Vader desires to turn the young Jedi to the Dark Side so that they can rule the galaxy together, while Luke wants to uncover the goodness behind the man in the mask. This film’s visual effects were also honored with a special achievement Oscar.