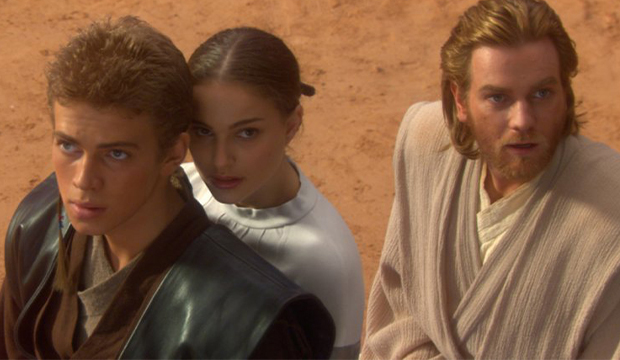 Twenty-three years ago, “Star Wars” fans were treated to a new, long-awaited chapter in the beloved space saga in the form of the prequel subtitled “Episode I – The Phantom Menace.” Set three decades before the events of 1977’s “Episode IV – A New Hope,” the film showcased details of the foundational world on which the original trilogy was built and gave new depth to several of the series’ iconic characters. Over the next six years, a new trilogy formed with the addition of sequels “Episode II – Attack of the Clones” and “Episode III – Revenge of the Sith.”

As this origin story progresses, it becomes clear that it is mainly about Anakin Skywalker, the man destined to become Darth Vader and beget original trilogy protagonist Luke Skywalker. But, how much time is truly devoted to Anakin’s arc, and which other characters pull their own shares of narrative focus? The answers can be found in our photo gallery of the top 10 characters with the most screen time in the “Star Wars” prequels trilogy. Scroll through to find out if your favorites made the cut.

“The Phantom Menace” was released on May 19, 1999, almost exactly 16 years after “Episode VI – Return of the Jedi.” Audiences were introduced to a young version of original series character Obi-Wan Kenobi and his previously unseen Jedi Master, Qui-Gon Jinn. As they navigate an interplanetary trade dispute, they happen to meet Anakin Skywalker, a slave boy who demonstrates remarkable strength with the Force.

“Attack of the Clones,” which premiered on May 16, 2002, is set a full decade after the first film. Obi-Wan has been training 19-year-old Anakin to be a Jedi for years and the two have formed a close bond although Anakin’s impulsive nature creates frequent conflict. As Anakin spends time protecting and falling in love with Senator Padme Amidala, his master uncovers the existence of a massive clone army commissioned by a deceased colleague.

The last chapter in this prequel trilogy, “Revenge of the Sith,” debuted on May 19, 2005. Secretly married couple Anakin and Padme find out they are to be parents, and he begins to have tragic visions of their future that he comes to believe can be altered by embracing the Dark Side of the Force. As the original trilogy already made clear, his descent into darkness is inevitable, no matter how Obi-Wan tries to stop it.