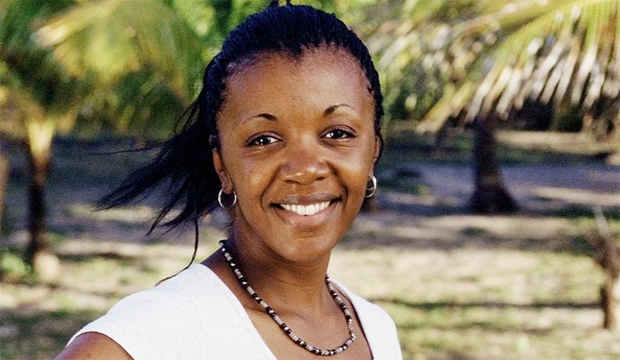 As the old saying goes, once you reach the top, the only way to go is down. Perhaps that’s a part of the reason why so many “Survivor” winners never returned to play again. There have been 38 winners over the past 40 seasons (don’t forget, Queen Sandra Diaz-Twine and King Tony Vlachos each prevailed twice), and of those a whopping 27 played multiple times. Thus, over the past two decades, 11 “Survivor” champions took home the $1 million check and never looked back — or were never asked back. See the full list below.

Some winners found success on their second go-around, like Amber Brkich (“All-Stars”) and Parvati Shallow (“Micronesia”). For others it took a long while to get there, like Rob Mariano (“Redemption Island”), who didn’t prevail until his fourth season. Of note, even though John Cochran has yet to reappear on “Survivor” since claiming victory in “Caramoan,” he does not show up on our “one and done” list as that was actually his second attempt at the million dollars after originally competing in “South Pacific.”

Vecepia Towery (Season 4, “Survivor: Marquesas”)
Vecepia was the winner of Season 4 on May 19, 2002, with a 4-3 vote over Neleh Dennis. To date she is the only Black woman to prevail. That season’s location was the Marquesas Islands in French Polynesia.

Brian Heidik (Season 5, “Survivor: Thailand”)
Brian was the winner of Season 5 on December 19, 2002, with a 4-3 vote over Clay Jordan. That season’s location was the island of Ko Tarutao in Thailand and featured the first (and so far only) “fake merge” that tricked the castaways into believing they were merging into a single tribe.

Chris Daugherty (Season 9, “Survivor: Vanuatu”)
Chris was the winner of Season 9 on December 12, 2004, with a 5-2 vote over Twila Tanner. That season’s location was Vanuatu, subtitled Islands of Fire, and was the second to divide players by gender.

Earl Cole (Season 14, “Survivor: Fiji”)
Earl was the winner of Season 14 on May 13, 2007, with a 9-0-0 vote over Cassandra Franklin and Dreamz Herd. He was the first unanimously voted winner. That season’s location was Fiji, a place “Survivor” would years later call home.

Todd Herzog (Season 15, “Survivor: China”)
Todd was the winner of Season 15 on December 16, 2007, with a 4-2-1 vote over Courtney Yates and Amanda Kimmel. That season’s location was China, making TV history as the first show to film a full season there.

Bob Crowley (Season 17, “Survivor: Gabon”)
Bob was the winner of Season 17 on December 14, 2008, with a 4-3-0 vote over Susie Smith and Jessica “Sugar” Kiper. At 57, he’s the oldest player to ever claim the $1 million check. That season’s location was Gabon, subtitled Earth’s Last Eden.

Natalie White (Season 19, “Survivor: Samoa”)
Natalie was the winner of Season 19 on December 20, 2009, with a 7-2-0 vote over Russell Hantz and Mick Trimming. That season’s location was Upolu, Samoa.

Jud “Fabio” Birza (Season 21, “Survivor: Nicaragua”)
Fabio was the winner of Season 21 on December 19, 2010, with a 5-4-0 vote over Chase Rice and Sash Lenahan. That season’s location was Nicaragua and began with the tribes divided by age.

Mike Holloway (Season 30, “Survivor: Worlds Apart”)
Mike was the winner of Season 30 on May 20, 2015, with a 6-1-1 vote over Carolyn Rivera and Will Sims. That season’s location was Nicaragua and the theme was White Collar vs. Blue Collar vs. No Collar.

Chris Underwood (Season 38, “Survivor: Edge of Extinction”)
On May 15, 2019 Chris became the winner of Season 38 and made history as the first voted-out player to return and win. The jury voted 9-4-0, with Chris beating runner-up Gavin Whitson and third place finisher Julie Rosenberg. Once again, that season filmed in the islands of Fiji.

Tommy Sheehan (Season 39, “Survivor: Island of the Idols”)
On December 18, 2019 Tommy became the winner of Season 39 in a season that was dominated by controversy due to one player (Dan Spilo) being ejected for inappropriate touching. The jury voted 8-2-0, with Tommy beating runner-up Dean Kowalski and third place finisher Noura Salman. That season filmed in the islands of Fiji for the eighth time.