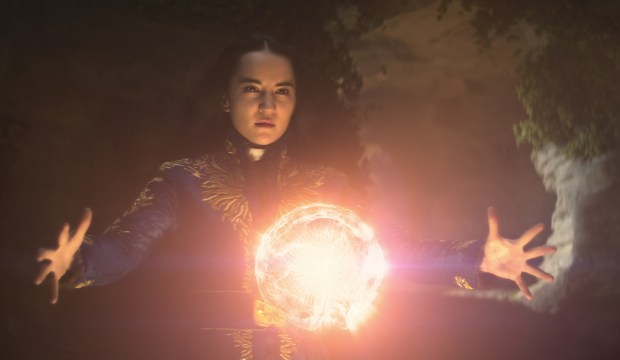 But what Rae discovered was that despite his approach, the “Shadow and Bone” readers were bowled over by the visual effects.

“When Netflix released the first full trailer, Eric started sending me some YouTube videos of reactions from fans of the books,” he says. “It was rewarding that review after review kept saying, ‘The Fold [a giant wall of literal darkness that dominates the Grishaverse landscape] looks exactly like what I pictured in my head when I read the book. How did they know how I saw it?’ The truth of the matter is I didn’t know. What I did was to take input from various interpretations — Eric, director Lee Toland Krieger — and translate that into something that could look convincing. Apparently, we succeeded because fans of the books [love it].”

He adds, “It’s interesting that very few of the reviews commented on the visual effects. Which, on the one hand, is a bit disappointing because I’d like people to know we did something. But in a way, it’s the ultimate compliment because people don’t even think about it. Like, yeah, of course, it’s a big dark wall of clouds, that’s what it’s supposed to be.”

Based on Bardugo’s “Shadow and Bone” trilogy of books as well as her duology of “Six of Crows” novels, the Netflix series “Shadow and Bone” focuses on a brewing war between the fictional nations of Ravka, Shu Han, and Fjerda and is set in a world where magic is real. That provided Rae and his visual effects team with opportunities large and small when it came to crafting the digital effects that enhance the fantasy series. “It was definitely a challenge,” he says. “We covered a lot of bases and there was a pretty broad spectrum of work in it.” (Watch a video above that shows the before and after of the “Shadow and Bone” visual effects.)

Rae, a long-time visual effects supervisor who won multiple Emmy Awards for his work on “Game of Thrones,” also had to create within the confines of the “Shadow and Bone” budget — which he estimates was far lower than the blockbuster HBO adaptation.

“I know the show looks big budget but it’s really not anywhere near as big of a budget as anybody seems to think it is. It was a lot of very clever, hard work by production designers Matt Gant and Jonathan McKinstry, costume designer Wendy Partridge, and cinematographers David Lanzenberg, Aaron Morton, and Owen McPolin. Everybody was working toward the same goal. We just had to be very diligent that we didn’t waste anything. We tried to make every penny count.”

This week, Netflix confirmed “Shadow and Bone” will return for a second season, news that delights Rae. He’s since read the books as well, having now firmly established the show’s visual vernacular as an expansion of what Bardugo first wrote.

“My takeaway is that Season 2 is definitely not going to get any smaller. It’s only going to get larger and more spectacular,” he says of where the show is headed. “I would say if you thought there were some big shots in Season 1, wait until you see Season 2. There is going to be some massive stuff happening.”