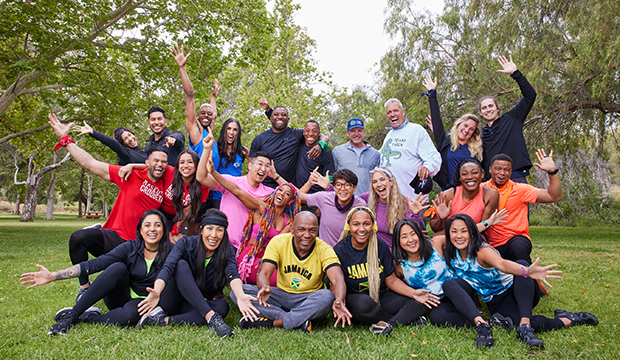 We waited more than a year for “The Amazing Race 33” after COVID-19 suspended production in 2020, but the wait for Season 34 was not as long. Here’s what you need to know about the new installment of “The Amazing Race.”

Where will Season 34 visit?
Season 34 will hit Austria, Italy, France, Spain, Iceland, and Jordan, and CBS has revealed all the Pit Stop locations in those countries. During the leg in Petra, Jordan, teams will train to reproduce a scene from Best Picture Oscar winner “Lawrence of Arabia (1962), perform a Jordanian folk dance and learn the Arabic alphabet. The starting line will be in Munich, the first time the start is outside of the United States. The finish line will be in Nashville.

Congratulations! You are the FIRST team to find out ALL the pit stop locations for the new season of @AmazingRaceCBS. See you September 21st! 🌍 pic.twitter.com/X6B5Os7p3N

What are the Season 34 twists?
In addition to the international starting line, the show will not have non-elimination legs for the first time. That’s right, they’ve eliminated the NELs. The season premiere introduced the Scramble, in which teams get the locations of all three tasks and can complete them in any order to receive clues to the Pit Stop. Keoghan also confirmed to Parade that there will again be no U-Turns this season. “I don’t know if it’s been that big of an element content-wise over the years,” he said. “I mean, a lot of U-Turns have have just been passed over. There’s a lot that don’t get used for one reason or another. That was just not part of the focus of coming back this time. We had other things to focus on.”

However, the elimination of non-elimination legs does not mean there will be an elimination in every episode (follow all that?). The show will still have megalegs, which stretch over two episodes, the first of which airs Oct. 5.

When did Season 34 film?
Filming commenced on May 22 and wrapped mid-June. Keoghan filmed both “The Amazing Race” and his other CBS series “Tough as Nails” this summer. Production started two months after CBS renewed “The Amazing Race” for a 34th season in March, a week after the Season 33 finale aired. Despite the difficulties with the pandemic, which halted production on Season 33 from February 2020 until September 2021, a renewal was always in the offing. Keoghan told Gold Derby in June 2021 that “the expectation from the network is that we get Season 33 finished and then we roll into more seasons again.” In December, while Omicron was surging, co-creator and executive producer Bertram van Munster said it was a “waiting game right now” in regards to future seasons. “We’re being very, very careful.”

What will Season 34 look like?
Season 33 resumed production with a COVID-safe plan and protocols in place and the series retained some of those adjustments since, you know, COVID is not over and there are a bunch of variants out there. Among the changes was removing public transportation altogether by having the cast and crew travel via chartered jet and implementing self-driving on the remaining legs (the latter was a welcome change for fans). The show also modified the remaining route and stayed in COVID-safe countries in Europe, but restrictions have relaxed since then. “We just had to make some adjustments. I actually think some of those adjustments were things that we could implement for the future,” co-creator and executive producer Elise Doganieri said in December. “It was challenging, for sure. But with the protocols and the things that were implemented, we started planning six, almost nine months previous to leaving. … I know everyone came home safe. And we can’t wait to do it again.”

“We had challenges and I think we adapted and we’ve come back with some new elements that that I think fans are gonna like, just because we’ve freshened up some of the ways we’ve done things, certainly the plane and knowing everybody was safe,” Keoghan added. “You live, you learn, you adapt and you try to make the best of a situation.”

During an interview with Season 33 champs Kim and Penn Holderness in April, Keoghan said he doesn’t believe traveling by chartered jet will be sustainable because of the expenses, but Season 34 did, in fact, use a chartered plane again.

Wednesdays this fall can't come soon enough!🥳 We're so excited for what Season 34 will have in store!🌎 #AmazingRace pic.twitter.com/vHqynJGiCb