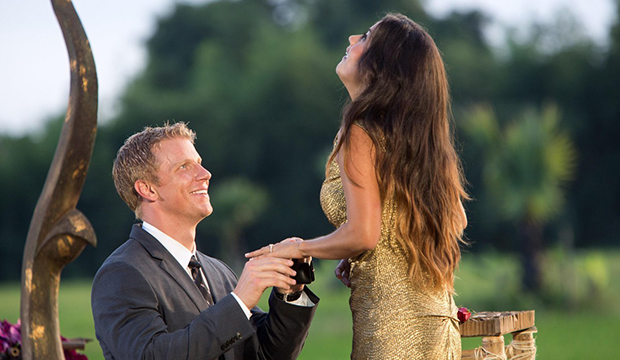 What’s old is new again in Bachelor Nation. The “Bachelor” franchise’s retrospective series “The Bachelor: The Greatest Seasons — Ever!” will take a trip down memory lane to relive some of the most memorable, craziest and dramatic installments of “The Bachelor” and “The Bachelorette” ever.

Hosted by Chris Harrison, the 10-episode series, which premiered on June 8, condenses season highlights into three-hour episodes, along with never-before-seen footage and virtual interviews with stars.

SEE ‘The Bachelor’: Where are they now?

Lowe is the only Bachelor in 24 seasons to marry his final pick on the show, Catherine Giudici, with whom he has three children. Gotta start off strong, ya know? “The Bachelorette” has a few more successful couples, though Bristowe is not one. Fletcher is still with her pick, Jordan Rodgers, whom she was scheduled to wed on June 13, but the wedding has been postponed until 2021 because of COVID-19.

The fifth episode was a two-for-one deal with the inaugural Bachelor and Bachelorette. Both of those seasons were seven episodes long, so there was probably not enough content for each to have its own week.

The sixth installment was another double whammy, covering both of Womack’s seasons as the Bachelor. He infamously did not choose either Jenni Croft or DeAnna Pappas in his first go-around, but did pick Emily Maynard on his second stint. The pair split months after the finale aired.

Fedotowsky became the Bachelorette after memorably leaving Jake Pavelka‘s season of “The Bachelor” because of a work conflict.

Mesnick, of course, gave us the first switcheroo in “Bachelor” history, having picked Melissa Rycroft on the show only to dump her on “After the Final Rose” for runner-up Molly Malaney. Mesnick and Malaney tied the knot in 2010 and have a daughter together.

A two-time runner-up on “The Bachelorette,” Viall got his shot to hand out roses as the Bachelor on the 21st season, which featured Rachel Lindsay, who was named the next Bachelorette — becoming the first black lead in franchise history — before she was eliminated.

The season finale will spotlight one of the most — if not the most — hated Bachelors, Galavis, setting up a segue into the new season of “The Bachelorette,” with Clare Crawley and Tayshia Adams, this fall. Crawley made the final two on Season 18 of “The Bachelor” and memorably told off Galavis in the finale, telling him she would “never want my children having a father like you.” During the “Bachelor: GOAT” finale, Harrison will interview Crawley, who has since been replaced by Adams as the Season 16 Bachelorette after falling for a suitor. According to ABC, Crawley will be interviewed “from quarantine on location where she is waiting to meet the men who will be on her upcoming season of ‘The Bachelorette,'” which implies this interview was recorded before production on Season 16 began last month.

Harrison and “Bachelor” creator Mike Fleiss came up with the series while brainstorming content during quarantine for fans since “The Bachelorette,” which was scheduled to premiere May 18, has been delayed due to the coronavirus pandemic.

“The Bachelor: The Greatest Seasons — Ever!” airs Mondays at 8/7c on ABC.