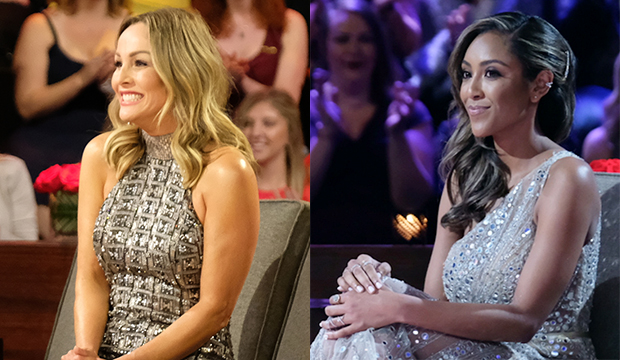 In a normal year, “The Bachelorette” would’ve finished airing by now, but there is nothing normal about 2020. Production on Season 16 was postponed due to the coronavirus pandemic just when it was about to start in March. It began filming in July, and less than three weeks later, we got a new Bachelorette.

Here’s everything to know so far about the upcoming season.

It has a premiere date
Season 16 will launch with a two-hour premiere on Tuesday, Oct. 13 at 8/7c on ABC. The show is airing on Tuesdays instead of its usual Mondays this season because “Dancing with the Stars” occupies that slot in the fall.

It originally just starred Clare Crawley, the oldest Bachelorette ever
So the basics: If you’re unfamiliar with Crawley, she read Juan Pablo Galavis, the worst Bachelor ever, the riot act when he callously dumped her (after making a crude remark on their final date and slut-shaming her during the season) in the Season 18 finale of “The Bachelor” in 2014. She’s since appeared on “The Bachelor Winter Games” and two seasons of “Bachelor in Paradise.” At 39, the hairdresser is the oldest Bachelorette lead and just the third one in her 30s after Trista Sutter and Rachel Lindsay, who were 30 and 31, respectively.

Production was postponed the day it was supposed to begin
Warner Bros., which produces the show, suspended production on all its shows on Friday, March 13, hours before cameras were scheduled to roll to capture Crawley meeting her men. “With the rapidly changing events related to COVID-19, and out of an abundance of caution, Warner Bros. Television Group is halting production on some of our 70-plus series and pilots currently filming or about to begin,” Warner Bros. Television Group said in a statement.

Production started mid-July with a new game plan
Rob Mills, ABC’s head of alternative programming, and host Chris Harrison stated in May that the new plan is to film Season 16 over several weeks mid-summer in a closed-off resort for a fall premiere. (A normal “Bachelorette” season films from March to May and premieres mid-May — this season was originally scheduled to bow on May 18.) The location is La Quinta Resort & Club in La Quinta, California, and production started July 17. The cast and crew quarantined before filming and were tested for COVID-19, there will be no international travel, and everyone will stay on location for the duration of the shoot and undergo regular testing and temperature checks.

Crawley’s original suitors were announced…
The 32 men vying for Crawley’s heart were revealed in March, a week after Crawley’s casting was announced. The group featured 23 men in their 20s — including a 23-year-old — eight in their 30s and one in his 40s. Matt James, the roommate and BFF of Season 15 runner-up Tyler Cameron, was one of them.

… but James is now the new Bachelor
In June, following demands from fans and alums for the franchise to fix its race problem, James was announced as the first black lead of “The Bachelor,” which means he will no longer compete for Crawley’s heart. James had still planned on doing “The Bachelorette” even after Crawley stirred drama in April after she seemingly subtweeted James when she chided contestants for “doing interviews and creating Cameo accounts before you are even on my season… you are in it for the wrong reasons.” She slightly walked back her comments after Bachelor Nation pointed out that James had been doing press and created a Cameo account for various charities, including his own ABC Food Tours. The proceeds from his Cameos are going to charity, which he reiterated in an Instagram Story clearly in response to Crawley’s tweets.

At the time, Harrison said that James was still a contestant “as far as I know.” After he was cast as the Bachelor, James said his first reaction was, “does this mean I don’t get to meet Clare?”

James is one of 15 original guys gone, while 25 new ones were added
After Crawley encouraged men to continue to apply and because nothing had been shot, Harrison confirmed they were “still casting” because it’d be unrealistic to expect all of the OG 32 men to be available/put their lives on hold again whenever they can film. The show had also endured backlash from fans for assembling a very young cast for a 39-year-old woman. In July, ABC renewed a new cast of 42 men — with 17 holdovers from the original cast — with 26 of them in their 30s and at least 16 who are not white. Not all 42 made the final cut. Reality Steve reported that the show flew out extra guys in case someone tested positive for COVID-19.

Tayshia Adams is the second Bachelorette of Season 16, replacing Crawley
In an unprecedented twist, Adams, who finished third on Colton Underwood‘s season of “The Bachelor,” will replace Crawley partway through the season as the lead after the latter fell hard for one suitor, former NFL player Dale Moss, who was one of the 17 from the original cast and got the first impression rose. Two weeks into filming, Crawley — who may have been in contact with Moss before filming and might so be engaged to him now — reportedly asked to quit and producers obliged, opting to cast Adams for the rest of the season. The men who were rejected before production started were asked back, but it’s unclear if any have accepted. Adams is now the second BIPOC Bachelorette after Lindsay. Both of Crawley’s and Adams’ journeys will be shown on the show.

Harrison will be MIA for a few episodes
Harrison had to re-quarantine in August after leaving the bubble to drop his son off at college in Texas. Former Bachelorette JoJo Fletcher will temporarily step in as host.