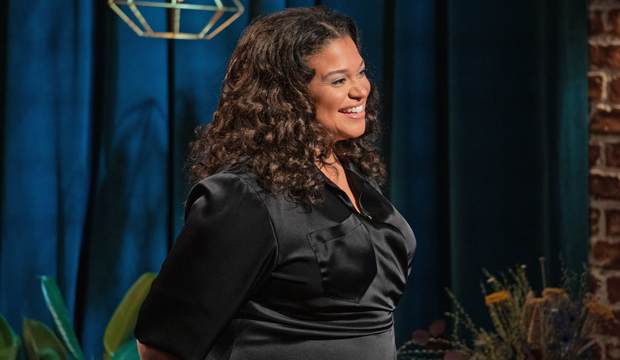 “The Circle” fans have been running around in … well, circles … waiting for the new season to begin, and now the wait is almost over. Netflix has revealed that the Season 3 release date will be September 8, 2021 and it will take place over four weeks. At the end of the season, the player who earns the highest rating from their fellow sequestered competitors will win the $100,000 grand prize. Read on for everything to know about “The Circle” Season 3 on Netflix, including the cast and episode format.

Who are the cast members?
As usual, some of the contestants have chosen play as themselves while others will play as someone entirely different, aka a catfish. The eight cast members who will start the game are Ruksana Carroll (from NJ), Nick Uhlenhuth (from Seattle), Calvin Kiing Crooks (from Miami), Michelle Rider (from South Carolina), Kai Ghost (from Nashville), Daniel Cusimano (from Florida), Ava Marie Capra & Chanel Marie Capra (from Los Angeles) and Matthew Pappadia (from Long Island). More will be added later. See photos of the players by clicking through our gallery above.

Who is the host?
Michelle Buteau returns to host the fun and flirty reality TV show, though she doesn’t get to officially meet the contestants until the finale. This entertainer won the 2021 Critics Choice Award for Best Comedy Special for her Netflix project “Michelle Buteau: Welcome to Buteaupia.”

The fine print
Here’s the official synopsis from Netflix: “The Circle” is back and Season 3 promises more twists and surprises in store. A cast of eight new contestants enter “The Circle,” where they flirt, befriend, piss off and compete in challenges against each other on a unique social media platform to earn the ultimate cash prize as top influencer. With $100k on the line, will they be able to earn clout and figure out who is real and who is a catfish? Critics Choice Award winner Michelle Buteau returns to host the competition series. “The Circle” is a four-week must-watch social media competition launching on September 8 and continuing with new episodes on September 15, 22 and finale on September 29th. “The Circle” is produced by Studio Lambert and Motion Content Group. Executive producers for Studio Lambert are Stephen Lambert and Tim Harcourt, with Lauren Hicks, Charlotte Smith, and Sarah Fay. Executive Producers for Motion Content Group are Richard Foster and Chet Fenster.

The trailer
On September 1, Netflix released a video teaser for the new episodes. Among the quirky secrets, we learn that Ava & Chanel are sisters who are playing as one person, while Michelle is one person who seemingly has two accounts. Watch the Season 3 official trailer right here:

Who are the previous winners?
For those with short-term memory problems, “The Circle” has already crowned two winners: Joey Sasso (Season 1) on January 15, 2020 and Deleesa St. Agathe (Season 2) on May 5, 2021. Joey played as himself while Deleesa played as a catfish named Trevor, a “single father” and her real-life husband.