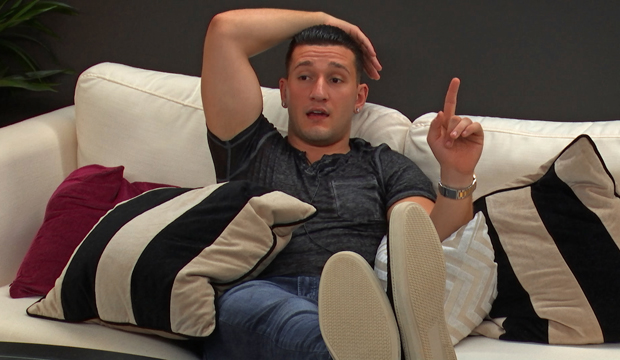 Premiering in 2020, “The Circle” is a US Netflix reality TV show based on the popular British series of the same name. Each season a group of strangers enters a colorfully decorated apartment building and engages in chats, games and blockings with each other all while remaining completely anonymous. In “The Circle,” you can choose to play as yourself or as someone entirely different, aka a catfish. Michelle Buteau hosts the fun and flirty program, though she doesn’t get to officially meet the contestants until the finale, when the $100,000 prize is given to the player who the others rated the highest ($150,000 as of Season 4). There are various other versions of the social media game show around the world, including in France and Brazil, but the photo gallery above highlights “The Circle” winners and finalists from the US Netflix seasons.

Joey Sasso was the winner of Season 1 on January 15, 2020. He played the game as himself, a 25-year-old single guy from Rochester, New York. Joey’s fellow finalists for the inaugural installment were Shubham Goel, Samantha “Sammie” Cimarelli, Chris Sapphire and Seaburn Williams. Of these, all played themselves except for Seaburn, who took on the persona of a catfish named Rebecca, his actual girlfriend.

Deleesa St. Agathe claimed victory in Season 2 on May 5, 2021. This 32-year-old Bronx resident was the first catfish to win the grand prize, playing as her real-life husband Trevor, a “single father.” The other finalists were Chloe Veitch, Courtney Linsen, Lee Swift and Jack Atkins & Lisa Delcampo. Lee played as catfish River, a younger version of himself, while Jack and Lisa combined together after their earlier eliminations to portray catfish John, a psychic Santa.

James Andre Jefferson Jr. played as himself and won the $100,000 prize for Season 3 on September 29, 2021. This 30-year-old Los Angeles denizen was the first late addition to claim the title, having joined up with the show in Episode 6. His fellow finalists were Matthew Pappadia (as catfish Ashley, his best friend), Sophia Layne (as catfish Isabella, her beautiful sister), Keisha “Kai” Ghost (as herself) and Nick Uhlenhuth (as himself).

Frank Grimsley won a boosted $150,000 grand prize (thanks to a twist related to the Spice Girls) in Season 4 on May 25, 2022. Frank, age 28, played as himself and wore his heart on his sleeve throughout the entire season. The others in the Top 5 were Trevor St. Agathe (as catfish Imani, his wife’s friend), Yu Ling Wu (as herself), Rachel Evans (as herself) and Eversen Bevelle (as himself).

Michelle Buteau is an actress, author and comedian who got her big break when she hosted the popular podcast “Late Night Whenever” in 2018. She later starred in Netflix’s “The Comedy Lineup” with other aspiring comedians. Her list of films includes “Marry Me,” “The Stand In,” “Happiest Season,” “Work It,” “Always Be My Baby,” “Someone Great” and “Isn’t It Romantic.” In 2021 she won the Critics Choice Award for her stand-up special “Michelle Buteau: Welcome to Buteaupia.”

Who will be next to enter the winner’s “circle” for Season 5? We’ll all find out sometime in the near future, as Netflix has officially renewed the reality TV show for a fifth installment. Stay tuned for more alerts!