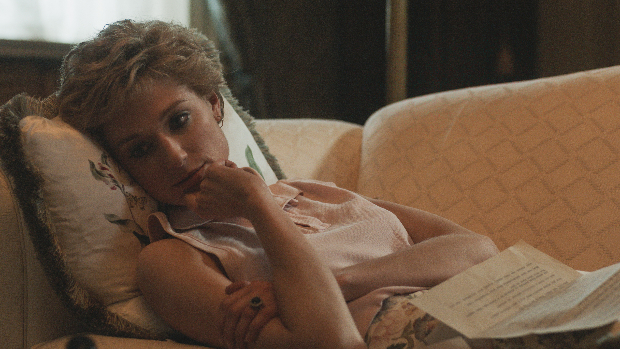 Followers of the monarchy will have to wait quite a while to score an audience with the Queen. On Saturday during its first-ever worldwide fan event, called TUDUM, Netflix announced Season 5 of “The Crown” won’t return until November 2022.

The announcement was made by the show’s new lead, Imelda Staunton, who replaces both Claire Foy and Olivia Colman as Queen Elizabeth II for the upcoming episodes.

“I’m delighted to be here inheriting the role of Queen Elizabeth from two outstanding actresses,” Staunton said in the video from the set, before shouting out Colman and Foy. “I will do my utmost to maintain the very high standard that they set. Hopefully, I look calm, collected, and capable. My stomach, meanwhile, is doing somersaults.”

While the two actresses and former Emmy Award winners did not physically appear in the announcement video, photos of both in character were perched on a table behind Staunton as she spoke.

The November 2022 premiere date means “The Crown” won’t be eligible to compete at the 2022 Emmy Awards. Not that anyone should be surprised by this news, which puts a full two years between new episodes of “The Crown.” The first two seasons of “The Crown,” with Foy as Queen Elizabeth, premiered in 2016 and 2017. Two years later, Colman picked up the crown as the Queen for consecutive seasons in 2019 and 2020. The final two seasons of “The Crown,” with Staunton as the Queen and Elizabeth Debicki and Dominic West taking over as Princess Diana and Prince Charles, respectively, will air in 2022 and then likely 2023.

Emmy Experts Typing: To make or to not make last-minute changes?

'Glass Onion': Toronto audiences rave that it's better than 'Knives Out'

SAG Awards 2023: Be the 1st to predict TV nominees in 8 categories