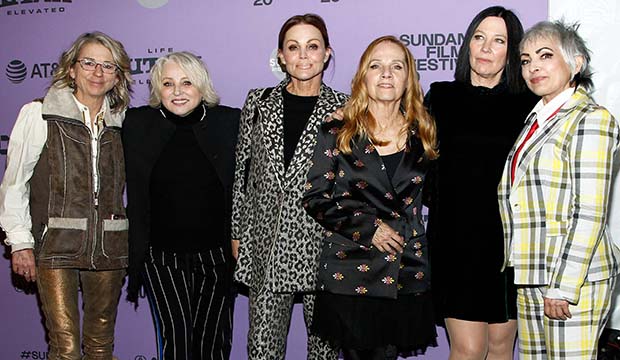 The Go-Go’s, Foo Fighters, Tina Turner and JAY-Z are among the 16 artists now eligible for induction into the Rock and Roll Hall of Fame for the 2021 ceremony. The complete list was released on Wednesday. Voters will decide the inductees in May for a ceremony to be held this autumn.

An artist first becomes eligible 25 years after a recording is released. Many of this year’s contenders have been eligible far longer than that: Kate Bush, Devo, The Go-Go’s, Iron Maiden, Chaka Khan, Carole King (already inducted as a writer), LL Cool J, New York Dolls, Rage Against the Machine, Todd Rundgren, Tina Turner (already inducted with Ike and Tina Turner group) and Dionne Warwick. First-timers on the ballot also include Mary J. Blige and Fela Kuti.

We asked you in a recent poll which overlooked band was your top choice to finally be inducted. The Go-Go’s won that poll. The all-female group from the 1980s originally was started by Belinda Carlisle, Jane Wiedlin, Elissa Bello and Margot Olavarria. Other members who would most likely receive induction would be Charlotte Caffey, Gina Schock, Kathy Valentine and Paula Jean Brown.

Melissa Etheridge was tops in our separate poll about overlooked female artists, but she is not included on this year’s ballot after all. Other popular choices not included on the 2021 ballot include The B-52s, Dave Matthews Band, Duran Duran, Foreigner, The Monkees, Soundgarden, Styx, Bryan Adams, Joe Cocker, Peter Frampton, Lenny Kravitz, John Prine, Warren Zevon, Pat Benatar, Mariah Carey, Cher and Cyndi Lauper.

At the delayed 2020 induction ceremony for the HOF, bands Depeche Mode, Doobie Brothers, Nine Inch Nails and T-Rex all finally got their due.