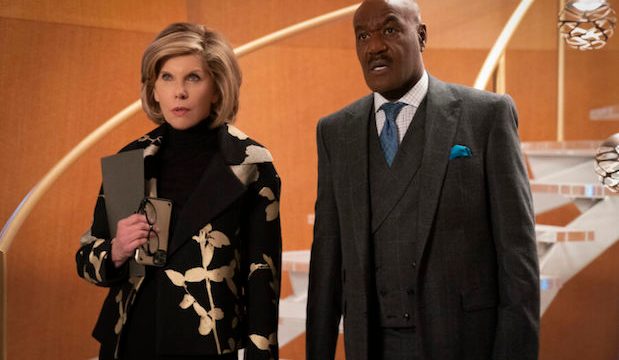 On election night 2016, CBS All Access’ “The Good Fight” was filming its pilot episode, which had baked into its premise the assumption that Hillary Clinton would win the presidency. Her loss not only inspired the show’s opening scene, in which Christine Baranski’s feminist attorney Diane Lockhart watches Donald J. Trump’s inauguration aghast, but also proved kismet for the series, which fast became the most incisive political satire of the Trump era. With Trump’s tenure now ended, will Golden Globes and Screen Actors Guild voters finally honor this delightfully bonkers legal thriller with first-ever nominations?

Although perennially overlooked at the Primetime Emmy Awards, “The Good Fight” has been a mainstay at the Critics’ Choice Awards. It just nabbed nominations for Best Drama Series and Best Actress for Baranski, bringing its total haul to 10 nominations over its four seasons. Though those previous nominations haven’t translated to corresponding bids at the Golden Globes or SAG in the past, American politics may be on the minds of voters this year. To that end, our users are currently predicting nominations for Brendan Gleeson, who played Trump in Showtime’s “The Comey Rule,” at both the Globes and at SAG.

More so than any previous year, the fourth season of “The Good Fight” grappled with the Trump administration most brazenly. The daring and brilliant season premiere treated Diane to the fantasy that Hillary won the election, but that liberal dream quickly sours when she realizes that without Trump’s win there may have been no #MeToo movement or a national reckoning with sexual assault. The rest of the season skewered inequality in the justice system, with rich and well-connected defendants granted leniency by declaring privilege as a result of a mysterious Memo 618, and capped off its pandemic-shortened run with a delightfully off-the-wall episode that had the show’s lawyers investigating the suspicious death of Jeffrey Epstein.

At the Golden Globes, “The Good Fight” is among our top 20 contenders for Drama Series in our combined odds. The five predicted nominees are: “The Crown,” “The Mandalorian,” “Lovecraft Country,” “Ozark,” and “Perry Mason.” Baranski cracks our top 20, too, though that leaves her far outside of our expect line-up of Olivia Colman (“The Crown”), Laura Linney (“Ozark”), Jurnee Smollett (“Lovecraft Country”), Emma Corrin (“The Crown”), and Sarah Paulson (“Ratched”). Baranski has two career nominations at the Globes for “Cybill,” though she never earned a shout-out for this role over seven seasons on “The Good Wife.”

The series boasts a brilliant ensemble, which includes likely Oscar nominee Delroy Lindo, six-time Tony winner Audra McDonald, departing cast member Cush Jumbo, recent addition John Larroquette, Sarah Steele, Nyambi Nyambi, Michael Boatman, and Zach Grenier. In our current combined odds for the SAG Awards, “The Good Fight” cast trails “The Crown,” “Ozark,” “This Is Us,” “Better Call Saul,” and “Lovecraft Country.” Baranski sits further back here than at the Globes. But the guild has historically favored her more: she won Comedy Actress for “Cybill” in 1996 and two trophies as an ensemble member of “The Birdcage” and “Chicago,” and has five other bids.

Even if Baranski and the series miss out on nominations this time around, their forthcoming fifth season will have no shortage of political fodder to satirize. Based on its lampooning of the Trump years alone, no other show seems better suited for the task.