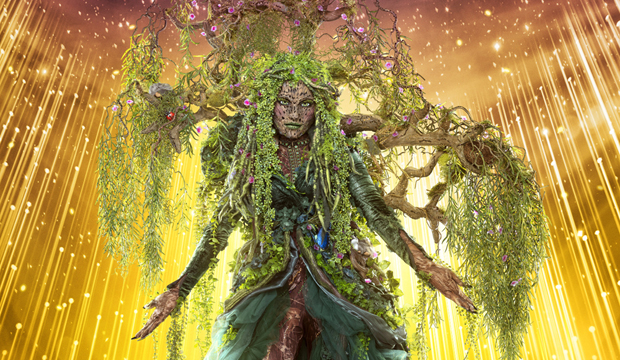 “The Masked Singer” kicked off season 6 with a two-part premiere that showcases Group A. During the show’s regular Wednesday time slot on September 22, we met the first five famous folk competing to win the Golden Mask. They are disguised as the Bull, Mother Nature, Octopus, Pufferfish and Skunk. Before each of them performed for the four judges (Ken Jeong, Jenny McCarthy, Nicole Scherzinger, Robin Thicke), we were teased with clues as to their true identities. Keep reading for “The Masked Singer” spoilers, including the real name of Mother Nature.

We think that Mother Nature is Niecy Nash. This versatile talent has a strong connection to the “The Masked Singer.” She served as a guest judge on the season 4 Group A finals. She then pinch hit for host Nick Cannon when he came down with COVID last season. She fronted the first five episodes of season 5 before Nick made his return disguised as a Wild Card entry, the Bulldog. Niecy, who was in on the joke, tapped him for elimination.

Niecy’s appearance would be a great way to promote her upcoming stint as the host of a new version of the game show “Don’t Forget the Lyrics!” This reboot of the show originally hosted by Wayne Brady (who won season 2 of “The Masked Singer”), is set to air on FOX later this season.

While Nash is best-known for her comedy, she is also a well-regarded dramatic actress. She earned an Emmy nomination in 2019 for her heartbreaking performance on the Netflix limited series “When They See Us.” As a group, this season’s contestants on “The Masked Singer” have contended for TV’s top honor a dozen times.

We will only find out if we are right that Niecy Nash is Mother Nature when she is unmasked. That will happen when she loses a vote or wins the show. Do you think we are right about the true identity of Mother Nature? Sound off in the comments section with your best guesses.