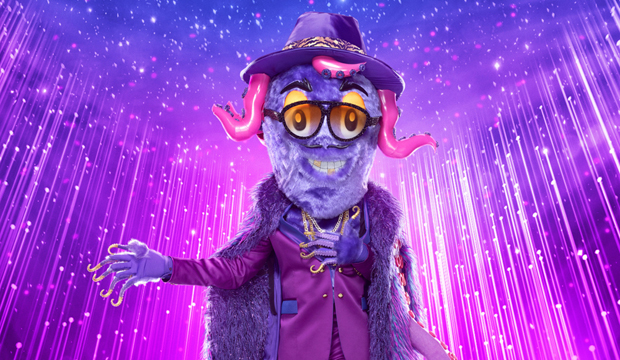 A huge part of the appeal of “The Masked Singer” is trying to figure out which famous faces are hidden beneath those masks. Season 6 of this reality competition series promises to be the toughest to date with a whopping 17 celebrities hidden inside 16 costumes. Because there are so many stars in the hunt for the Golden Mask, FOX had to divide the season 6 premiere into two parts. The first aired on September 22 in the usual Wednesday night time slot for “The Masked Singer.”

The first five contestants, who are part of Group A, performed for the four judges (Ken Jeong, Jenny McCarthy, Nicole Scherzinger, Robin Thicke) as the Bull, Mother Nature, Octopus, Pufferfish and Skunk. Of these famous five, the fellow inside the Octopus costume has the toughest job as his is the most elaborately designed of the bunch. Keep reading for all “The Masked Singer” spoilers, including the identity of Octopus.

We’ve watched the fleeting appearance by the Octopus on “The Masked Singer” preview special over and over and think we’ve nailed his name. The way he moves reveals that he is most definitely a pro athlete. And his towering height must mean that he is an NBA player.

We’ve already seen two basketball superstars take their shot on the show. In season 2, Indiana Pacers shooting and point guard Victor Oladipo got as far as fifth disguised as Thingamajig. And in season 4, Chicago Bulls point guard Lonzo Ball made it to eighth place as Whatchamacallit.

We think that the Octopus is the NBA superstar Dwight Howard. An octopus has eight limbs and that number is meaningful to Howard in more ways than one. This stand-out center was born on December 8 and he is both an eight-time All-Star and an eight-time All-NBA Team honoree. And when the show was taped this summer, Howard had played on eight teams in the league (he has since signed to return to the Los Angeles Lakers).

The first clue for Octopus is a shot of a chocolate chip cookie being dunked into a tall glass of icy cold milk. The key to that clue is the dunking. Remember, Howard won NBA Slam Dunk Contest in 2008 (there’s that number again). Dwight readily admits that he loves to sing and told Beyonce that he croons her tunes when he is making free throws.

We will only find out if we are right that Octopus is Dwight Howard when he is unmasked. That will happen when he loses a vote or wins the show. Do you think we are right about the true identity of Octopus? Sound off in the comments section with your best guesses.