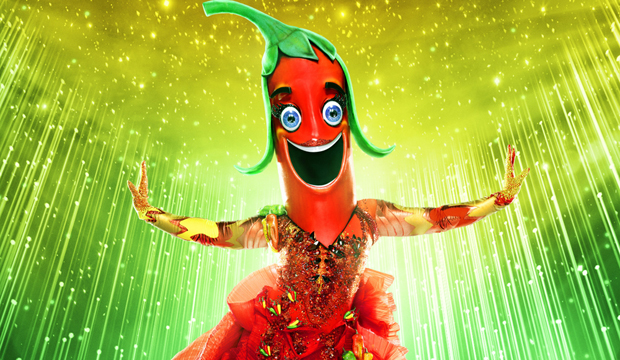 Could “The Masked Singer” season 6 be won by a Wildcard? If one of these upstarts can pull off an upset, our money is on Pepper who competes as part of Group A. She faces off in the semi-final on November 10 against another Wildcard, Jester, plus two of the original members of Group A who are disguised as Bull and Skunk.

Three of the original five celebrities contending in this group have been eliminated: Octopus (NBA All-Star Dwight Howard), Mother Nature (actress Vivica A. Fox) and Pufferfish (singer Toni Braxton) plus the other two Wildcards — Baby (Larry the Cable Guy) and Hamster (Rob Schneider).

We’ve figured out who was hiding in those costumes and are willing to go out on a limb and make a guess about the identity of this newest Wildcard. Keep reading for all “The Masked Singer” spoilers, including the answer to the question, “Who is Pepper”?

We think that Pepper is Natasha Bedingfield, the talented British singer/songwriter who had a huge hit back in 2004 with the song “Unwritten.” That earned her a Grammy nomination; as a group, the season 6 contestants on “The Masked Singer” have reaped an astounding 85 Grammy Awards bids.

Before she sang for the first time, we’d already heard from the star inside the Pepper costume. She admitted, “I’m a bit of a good girl but Pepper brings out the naughty side in me. And I have a little crush on the Bull.” Natasha sang at Global Pride 2020, which was hosted by the man we think is the Bull.

Pepper proved she has a set of pipes by delivering a powerful performance of “Jealous” by Labrinth. It was even more impressive given that the celebrity was a last-minute substitution after another contender dropped out. She learned the song and the dance moves in mere hours. Natasha is renowned for her high-energy stage shows.

She returned in episode 6 with a sizzling cover of “No Tears Left to Cry” by Ariana Grande. Her performance concluded with a video message from Courteney Cox; the “Friends” star is pals with Natasha and they recorded an acoustic version of “Unwritten” earlier this year.

The Pepper told us that she was part of a viral sensation twice over. A remix of “Unwritten” was showcased in a dance routine posted on TikTok by Rony Boyy. Her eventual meeting with him and their dance-off prompted another viral moment.

We won’t know for sure if the Pepper is Natasha Bedingfield until she is unmasked. That will happen when she loses an audience vote or wins the show. Do you think we are right about the true identity of the Pepper? Sound off in the comments section with your best guesses.