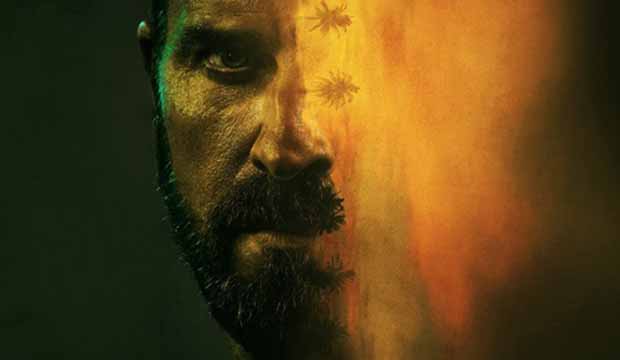 “The Mosquito Coast” is based on the best-selling 1981 novel by author Paul Theroux, uncle of the show’s star Justin Theroux (“The Leftovers”), who plays Allie Fox, an anti-establishment idealist who uproots his family on a dangerous quest through Mexico to flee the U.S. government. The ambitious action drama, already renewed for a second season by AppleTV+, was developed by Neil Cross (“Luther”) and author Tom Bissell, who also executive produce the series alongside Rupert Wyatt (who also directs the first two episodes) both Theroux men, Edward L. McDonnell, Alan Gasmer, Peter Jaysen and Bob Bookman.

Melissa George (“In Treatment”) co-stars as Allie’s mysterious and elusive wife Margot Fox alongside Logan Polish as their rebellious teenage daughter Dina and Gabriel Bateman as their troubled son Charlie. While the novel was previously adapted by Peter Weir in the 1986 film starring Harrison Ford, this series aims to be truer to the source material by exploring why Allie and Margot are fleeing the US government and getting off the grid.

Most of the show’s main cast and crew have yet to score with the TV academy, with only showrunner Cross having garnered two Emmy nominations for writing the BBC America hit limited series “Luther” in 2012 and 2014. It’s possible that Emmy voters, who notoriously denied Theroux for his incredible work in “The Leftovers,” might see his riveting performance in the show as an opportunity to remedy that inexplicable snub and nominate him for Best Drama Actor. The AppleTV+ drama is also gunning for Australian actress George to finally break through at the Emmys after decades of acclaimed work on screen, and it looks promising that the show will score in the guest acting races, for writing and directing and in key creative arts categories across the board.

Also helping the show’s chances is that Emmy voters seem to respond positively to Apple TV+ shows, with “The Morning Show” scoring eight nominations last year, including a win for Billy Crudup as Best Drama Supporting Actor, and nominations for co-stars Jennifer Aniston, Steve Carell, Mark Duplass and Martin Short as well as a directing nomination for Mimi Leder and nominations for production design and main title design.

Will “The Mosquito Coast” follow suit with the TV academy? Follow the eight links below to see what some of the series’ creative team have to say.