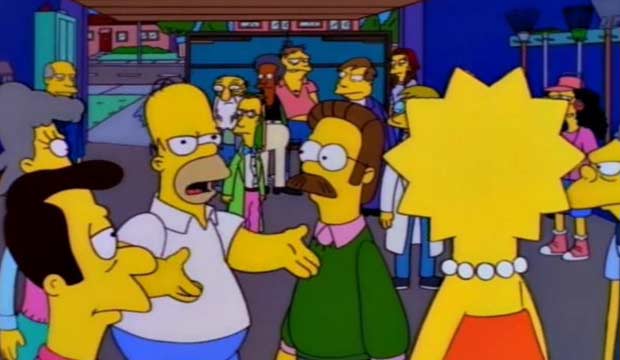 Homer Simpson has been making us laugh from his very first “D’oh!” to his latest “Woo-hoo!” For more than three decades and counting, the ne’er do well patriarch of everyone’s favorite animated sitcom clan has had us rolling in the aisles with his outrageous howlers. So lets crack open a Duff beer and count down 15 of his funniest quotes from the 31 season run of “The Simpsons.”

Created by Matt Groening as a hasty drawing in the lobby of producer James L Brooks‘ office, “The Simpsons” first originated as short animated bumpers for “The Tracey Ullman Show.” Homer is voiced by former “Tracey Ullman Show” cast member Dan Castellaneta, who has won four Primetime Emmy Awards for his voice-over work.

Homer is ignorant, impulsive, quick to anger, and an alcoholic, but he is also loyal, he loves his kids, and he always makes the right choice by the end of the episode. He is the American everyman, with his dead-end job at the nuclear power plant, his house in the suburbs, his over-worked wife and 2.5 kids. It’s no wonder that Homer has become one of the most enduring and popular television characters of all time. Who hasn’t let out an angry “D’oh!” when they’ve stubbed their toe, or muttered “mmmmm… donuts” when biting into a delicious donut?

His quotes have wormed their way into our brains because they are as identifiable as they are hilarious. We’ve put together 15 of his funniest and most memorable quotes in a photo gallery, so check it out to see if your favorite made the list!