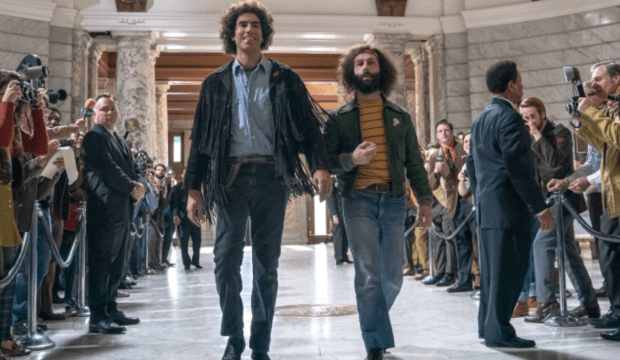 Four of the featured fellows in “The Trial of the Chicago 7” — Sacha Baron Cohen, Frank Langella, Eddie Redmayne and Mark Rylance — made the BAFTAs longlist of 15 contenders for Best Supporting Actor. We are predicting that Cohen, who also reaped Golden Globes and SAG bids, will earn a Best Supporting Actor Oscar nomination. Rylance, who won this award in 2015 for “Bridge of Spies,” is jockeying for the fifth slot.

Four-time Tony winner Langella and Redmayne, who took home the Best Actor Oscar in 2014 for “The Theory of Everything,” are longer shots than another of the supporting actors in the film: Yahya Abdul-Mateen II makes our Top 10 for his searing portrayal of Bobby Seale.

Since the supporting acting categories were introduced in 1937, 19 films have reaped bids for at least two of their male featured players. As you can see from the list below, it took till the ninth time that this happened before one of these rivals prevailed over the other: Ben Johnson won for “The Last Picture Show” in 1971 over Jeff Bridges.

Since then five of the 10 match-ups between co-stars have seen one of them take to the stage to collect the Best Supporting Actor Oscar. The most recent of these came two years ago when Sam Rockwell won for “Three Billboards Outside Ebbing, Missouri” over, among others, Woody Harrelson.

Of these half dozen wins, only one came when a trio of talented men were pitted against each other: Robert De Niro won in 1974 for “The Godfather Part II” over, among others Michael V. Gazzo and Lee Strasberg who were also featured in this Best Picture champ.