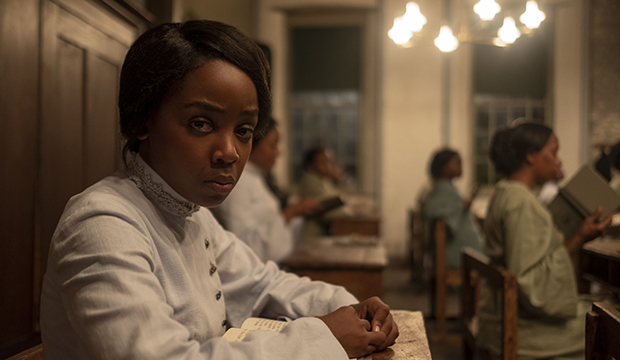 Based on Colson Whitehead‘s Pulitzer Prize-winning novel of the same name and directed by Academy Award winner Barry Jenkins, “The Underground Railroad” is a 10-episode limited series that was released in its entirety on Amazon Prime Video on May 14. Although set in the 1850s, the story, which features everything from skyscrapers to elevators to underground railroads, is not, in terms of its themes, exclusive to that specific period in U.S. American history. It is both a story about Black endurance, resistance and resilience and one that serves as a reminder that racism is not only encrusted into the inception of the U.S. but still very much alive and kicking today. Scroll down to watch our 14 video interviews with top Emmy contenders from the show.

Thuso Mbedu stars as Cora Randall, an enslaved girl who makes a bid for freedom from slave-holding Georgia and, in turn, takes possession of her personhood. In order to complete her journey out of slavery, she has to escape not only the plantation onto which she was born into it, but also the hatred she’s latched onto her mother, Mabel (played by Sheila Atim), for, at least to her knowledge, abandoning her at a young age. For Mbedu, a South African native, this is the first foray into the U.S. American TV landscape and thus the first time she finds herself in Primetime Emmy Awards consideration. She is, however, already a two-time International Emmy nominee for the South African telenovela “Is’thunzi” (2017-18).

“The Underground Railroad” is one the most critically acclaimed TV series of the year with a MetaCritic score of 92 (based on 35 reviews) and a 94 percent approval rating on Rotten Tomatoes (based on 88 reviews). Even though this is the first time a series created by Jenkins competes at the Emmys, it wouldn’t be the first project of his to do well at industry awards. The last two of his total three feature films broke through at the Oscars, with “Moonlight” racking up eight nominations and three wins, including Best Picture, and “If Beale Street Could Talk” (2018) three and one, respectively, the latter for star Regina King in supporting actress. Will Jenkins follow his Oscar success with his Emmy breakthrough? Follow the links below to watch our in-depth discussions with some of the show’s creative team.