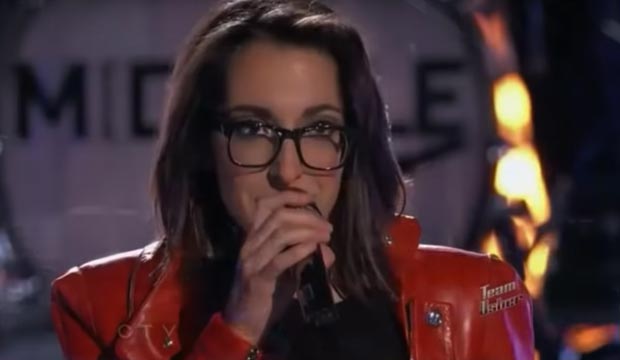 Since 2011 the artists of “The Voice” have collectively provided hundreds of list-worthy performances that could, written on a different day by different people, result in a completely different set of “best ever.” While taste in music can be subjective, some vocal performances can be so undeniably great that they break barriers to become universally adored by all. Among our own Top 25 Greatest Performances in Voice History are ones from each season so far, during every stage of the competition and from winners, runners-up and non-finalists alike. Who is your favorite among these singers coached by Blake Shelton, Adam Levine, Kelly Clarkson, Pharrell Williams, Usher, John Legend and more?

Our photo gallery above includes some of the following remarkable and talented songs by these contenders (click through the gallery to see where they are ranked):

Terrence Cunningham – “My Girl” (Season 14, Blind Auditions)
“My Girl” is one of the most well-known songs in American music history and yet, somehow, not by miracle but by talent, Terrence was able to flip it on its head and make it sound entirely new to the ear.

Sawyer Fredericks – “Simple Man” (Season 8, Top 8)
This is the week that Sawyer’s raw talent and innate storytelling nature was best put to use in a classicly produced rock ballad.

Christina Grimmie – “Hold On, We’re Going Home” (Season 6, Top 10)
With this Drake song Christina took a cool, mid-tempo beat and transformed it into a booming piano ballad made for a pop vocalist with a huge voice.

Alisan Porter – “Stone Cold” (Season 10, Top 12)
Alisan drew the audience in with an exploration of emotion that she took to the max with an insane vocal that was all brought together with a gorgeous final few heartbreaking notes.

Jordan Smith – “Hallelujah” (Season 9, Top 10)
With “Hallelujah” Jordan managed to create an iconic moment not only for the series overall, but one that for himself will define his career forevermore.