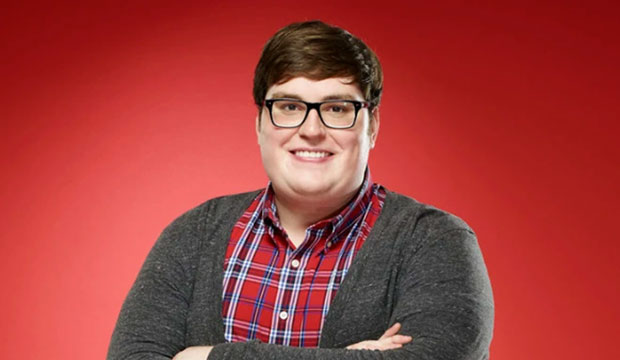 Since its debut in 2011, “The Voice” has been responsible for creating some of the biggest chart-toppers in the music industry. Superstars like Jordan Smith, Sawyer Fredericks and Cassadee Pope all have NBC’s reality TV program to thank for making them household names. Several of these top-tier artists didn’t even win the show, but they were still able to find success post-elimination (we’re looking at you, Morgan Wallen and Koryn Hawthorne). Scroll through our photos above (or click here for direct access) to see our Top 10 picks for “The Voice’s” most famous contestants ever. Did we leave anybody out?

“The Voice” has aired on NBC for 22 seasons and counting, with Carson Daly hosting every episode. This ratings juggernaut has amassed eight Emmy wins through the years, including four in the coveted Best Competition Series category. Some of the recognizable coaches who have taken part in the competition are Blake Shelton, Adam Levine, Kelly Clarkson, John Legend and Gwen Stefani. Every season begins with the fan-favorite blind auditions, when the coaches listen to a singer’s voice and, if they like what they hear, push their buttons to turn their big red chairs around.

Jordan Smith (Season 9, Winner)
Smith currently tours with Christian singers, is married, got signed with Republic Records and released an album entitled “Something Beautiful.” He has released four best-selling albums and wrote/performed “Sparrow” for NBC’s “American Song Contest.” Smith also returned to Kentucky and was named a Kentucky Colonel by the Secretary of State, and also named the Kentuckian of the Year by Kentucky Monthly magazine.

Sawyer Fredericks (Season 8, Winner)
Fredricks has several charted tracks, seven to be exact on the Billboard 11 charts. He also charted at the number 37 and number 3 on the Hot Rock charts. He has released several albums with the latest debuting in 2020 called “Flowers for You.” Fredricks came out as bisexual in February 2022.

Koryn Hawthorne (Season 8, 4th Place)
Hawthorne since the show has received numerous award nominations, including from the Grammys, Billboard Awards and Soul Train Music Awards. She even broke the record for the longest chart-topping woman on the Hot Gospel Songs chart.

Christina Grimmie (Season 6, 3rd Place)
After the show, Grimmie opened for Selena Gomez and The Scene, and performed backup vocals for Allstar Weekend and the Jonas Brothers. She had a prominent YouTube channel with two million subscribers which includes all of her popular tracks. Sadly, Grimmie passed away on June 10, 2016.

Morgan Wallen (Season 6, Eliminated in Playoffs)
Wallen is an award-winning artist and has received numerous nominations from the Academy of Country Music Awards, Billboard Music Awards and more. He is a chart-topping and multi-platinum country singer and songwriter who won ACM Album of the Year in 2022. Wallen made a memorable appearance on “Saturday Night Live” in 2020.

Danielle Bradbery (Season 4, Winner)
Bradbery has numerous tracks that have charted and is a two-time Academy of Country Music Awards nominee. Bradbery’s self-titled album, released by Big Machine, charted number 19 on the Billboard 200 charts and her next project hit the number 41 spot.

Sasha Allen (Season 4, Eliminated in Semifinals)
Sasha has a huge YouTube and social media following and is still currently touring, performing and being featured on podcast shows. She performed as a backup singer for Rolling Stone (2022 tour) and has also tapped into acting.

Cassadee Pope (Season 3, Winner)
Pope to date is a Grammy nominee for Best Country Duo/Group Performance for “Think of You” and has released numerous platinum/charting singles. Pope has toured with a few country music heavy hitters including Maren Morris, Tim McGraw, Rascal Flatts and The Band Perry.

Loren Allred (Season 3, Eliminated in Playoffs)
Allred is currently a singer and songwriter and since the show has joined Michael Bublé on a duet entitled “Help Me Make It Through the Night” and has toured with Andrea Bocelli. Allred is best known for her hit famous track entitled “Never Enough” from the movie “The Greatest Showman.”