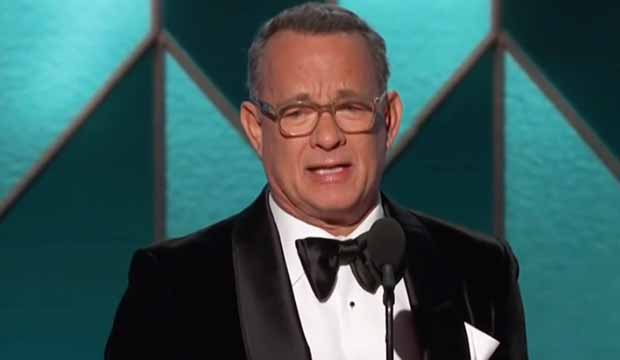 From the time of Tom Hanks‘s first Best Actor Oscar nomination in 1989 for “Big” to his fifth in 2001 for “Castaway” was just a dozen years. He then had to wait almost two decades before finally reaping his sixth in 2020 for his supporting role in “A Beautiful Day in the Neighborhood.” But Hanks could be back at the Oscars again this year for his star turn in the Universal hit “News of the World.”

Hanks made Academy Awards history when he won back-t0-back Oscars for his lead roles in “Philadelphia” (1994) and “Forrest Gump” (1995). That equalled the achievement of Spencer Tracy (“Captains Courageous” and “Boys Town”) in 1938 and 1939. In all Tracy racked up nine Best Actor bids. That streak puts him in third among actors on the all-time Oscars nominations list alongside Paul Newman and Al Pacino, who won for “The Color of Money” (1987) and “Scent of a Woman” (1993) respectively.

Laurence Olivier went one for 10, winning Best Actor in 1949 for “Hamlet.” He had nine nominations for Best Actor and one for Best Supporting Actor.

Four fellows sit at eight nominations each. Three of them won a pair of Oscars apiece: Marlon Brando, Jack Lemmon and Hanks’ pal Denzel Washington. The other, Peter O’Toole, has the dubious distinction of racking up the most defeats in Academy Awards history without ever scoring a win.

Below, we catalog the results of Tom Hanks’ six Oscar races to date:

Best Supporting Actor
2020: “A Beautiful Day in the Neighborhood”
Lost to: Brad Pitt (“Once Upon a Time in Hollywood”)