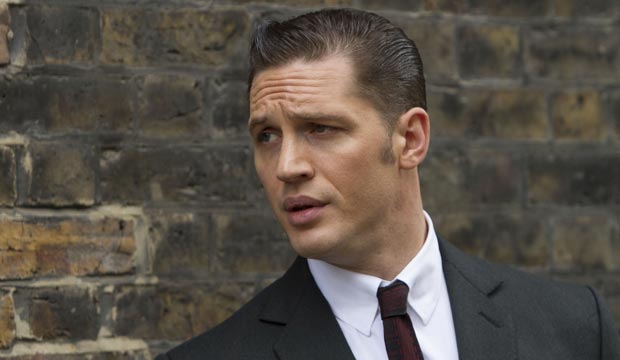 On September 15, 2019, actor Tom Hardy will celebrate his 42nd birthday. The actor has no-so-quietly been building an impressive film career culminating with his recent Oscar nomination as Best Supporting Actor in “The Revenant.”

Hardy’s career began surprisingly on a British reality television show that was conducting a “Make Me a Supermodel” search. Hardy won the contest and briefly signed with a modeling agency and began work in that field. He then attended drama school but dropped out before completion in order to accept a role in the HBO miniseries “Band of Brothers.” Shortly after that he would make his film debut in a small role in Ridley Scott‘s drama “Black Hawk Down.”

Hardy then began to work continuously in films. He began a fruitful collaboration with director Christopher Nolan on the film “Inception” which would lead to him being cast in a prime villain role in Nolan’s third Batman film “The Dark Knight Rises.” This would be the film that would bring him fame in the U.S.

He had a highly successful year in 2015 when he starred in two films which both were in contention to win the Oscar for Best Picture: “The Revenant” and “Mad Max Fury Road.” Both films were considered possibilities to win the Best Picture prize but ultimately the drama “Spotlight” took the top honor. Each film won Oscars though with “The Revenant” winning three, including Best Actor for Leonardo DiCaprio and “Mad Max: Fury Road” winning six trophies in the technical categories. Hardy’s nomination was a surprise since he had not been nominated at any of the precursor awards such as the Golden Globes.

Look out, Catherine O'Hara! Kaley Cuoco is another TV comedy veteran nipping at your heels at the Golden…

'Frasier' reboot: Who is returning, where will the new show be set ...

'WandaVision' Season 2? Kevin Feige confirms some Marvel series will return, so their Emmy plans could…