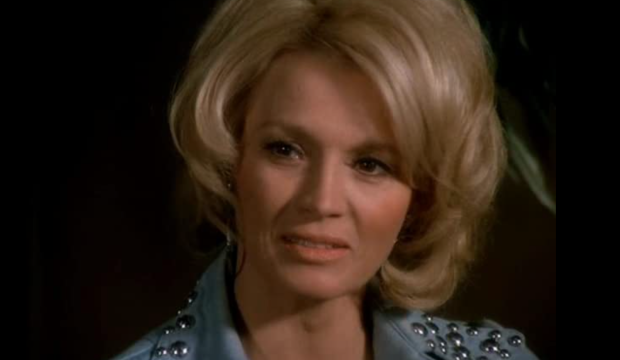 Unfortunately, it took an inordinate amount of time for actresses to get a fair shake in police procedurals. Early TV crime dramas were inundated with the likes of taciturn toughies Lee Marvin (“M Squad”), Robert Taylor (“The Detectives”), Jack Webb (“Dragnet”) and Broderick Crawford (“Highway Patrol”). Way too much testosterone.

But slowly the dynamics began to change especially with the rise of the Women’s Movement. Here’s a look at five trailblazing female cop shows who paved the way.

Beverly Garland (“Decoy”)
After macho actor after macho actor as police detectives and cops, the 1957-58 syndicated series “Decoy” featured the very first female police officer. Garland’s Casey Jones was a no-nonsense  NYPD undercover cop who put herself in harm’s way to get the bad guy or girl. Casey didn’t seem to have an outside life; she was married to her job. And she even broke the fourth wall at the conclusion summing up the case that was just solved while praising the 200 plus women working as New York cops. The cast changed every week save for Garland and the series made great use of the mean streets of New York. Among the guest stars included stars-in-the-making such as Edward Asner, Peter Falk, Diane Ladd, Colleen Dewhurst and Larry Hagman.

Peggy Lipton (“The Mod Squad”)
The peace and love generation didn’t want to see middle-ag actors playing cops. It just wasn’t groovy, man. But what was groovy was ABC’ hippy-dippy 1968-74 L.A. crime drama “The Mod Squad” advertised as “One black, one white, one blonde” Michael Cole, Clarence Williams III and Lipton played rebellious, disaffected youths who are recruited to become undercover cops. Though Lipton’s fragile Julie (“canary with a broken wing”) wasn’t the sole focus of the series, she was an equal partner to Pete (Cole) and Linc (Williams) and more than held her own on cases. Lipton earned four consecutive Emmy nominations for her performance.

PREDICT the Emmy nominees until July 13

Teresa Graves (“Get Christie Love!”)
Graves, who had been a regular on “Rowan & Martin’s Laugh-In,” made history becoming the first African American actress to headline a one-hour drama: ABC’s 1974-75 “Get Christie Love!”  Based on Dorothy Uhnak’s novel “The Ledger’ and created by George Kirgo & Peter Nelson, ABC’s “Get Christie Love’ revolved around NYPD undercover detective Christie Love. The series kicked off with an ABC movie-of-the-week in January 1974 and then began airing as a series that September. Her trademark phrase? “You’re under arrest, sugar.” Graves earned a Golden Globe nomination for her performance. And Jet magazine described her as “television’s most delightful detective, the epitome of a tough lady cop with more feminine features than Venus.” The series only lasted 22 seasons and Graves, who died in 2004, soon retired to concentrate on her Jehovah’s Witnesses faith.

Angie Dickinson (“Police Woman”)
Dickinson got the opportunity to show off her dramatic and action acting chops in the 1974-78 NBC crime drama “Police Woman,” in which she played tenacious but sexy Lt. “Pepper” Anderson who worked undercover for the Criminal Conspiracy United of the LAPD. She certainly put her life on the line disguising herself from everything to a prostitute to a nurse to a flight attendant to order to get close to the perp. By the fourth season, Dickinson would later say she had grown bored of scenes “where the phone rings while I’m taking a bath. I always want to look as sexy, beautiful, and luscious as I can. But I’d prefer scripts where the sensuality is pouring out naturally for the whole 60 minutes”. She earned a Golden Globe her performance and was nominated for three consecutive Emmy Awards as Pepper. And the series was so popular, police departments were inundated with applications from women wanting to join the force.

It moved to series in March, 1982 with Meg Foster taking over the role of Cagney. But both reviewers and audiences found Foster’s interpretation of Cagney too aggressive. And the series was canceled after six episodes. But due to the determination of creators Barney Rosenzweig and Barbara Corday, the series was back that fall with Sharon Gless as Cagney. This time the chemistry was perfect between the two actresses. Still, the show was cancelled again, but rose just like a phoenix out of the ashes to return and become a big hit for the network. Unlike a lot of police procedurals, the series also examined the personal lives of the two and dealt with heavy subjects including Cagney’s breast cancer and alcoholism. During its run, Daly and Gless dominated the Emmys with the former winning four times and Gless picking up the statute twice.