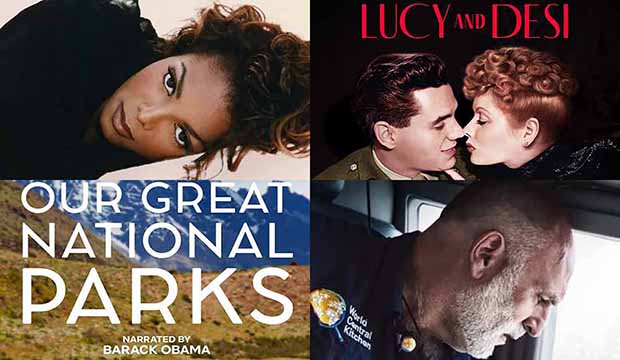 Four top TV documentary filmmakers will reveal secrets behind their projects when they join Gold Derby’s special “Meet the Experts” Q&A event with 2022 Emmy Awards contenders. They will participate in two video discussions to premiere on Wednesday, June 1, at 4:00 p.m. PT; 7:00 p.m. ET. We’ll have a one-on-one with our senior editor Joyce Eng and a roundtable chat with all of the group together.

Synopsis: Explores the rise of comedian icon Lucille Ball, her relationship with Desi Arnaz, and how their groundbreaking sitcom I Love Lucy forever changed Hollywood.

Bio: Amy Poehler is an Emmy winner for “Saturday Night Live” among 22 career nominations for “SNL,” “Parks and Recreation,” “Golden Globes,” “Russian Doll” and “Making It.”

Synopsis: A five-part documentary series about the world’s most breathtaking national parks and the wildlife that live there.

Synopsis: A chronicle of how Chef Jose Andrés and his nonprofit rebuilds nations in the wake of disaster, providing healthy food to those affected.

Bio: Ron Howard won Oscars for directing and producing “A Beautiful Mind” and also received nominations for “Frost/Nixon.” He is an Emmy winner for producing “From the Earth to the Moon” and “Arrested Development” among 10 career nominations, also including “Through the Magic Pyramid,” “The PJs,” “Genius” and “The Beatles: Eight Days a Week.” He was inducted into the Television Academy Hall of Fame.