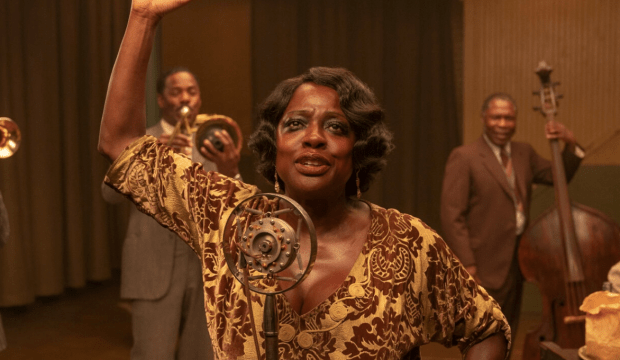 Viola Davis has skyrocketed to the top of our Best Actress Oscar chart for her critically acclaimed performance in “Ma Rainey’s Black Bottom.” If Davis prevails at the Oscars on April 25, she’ll be just under 4 months shy of her 56th birthday. In youth-obsessed Hollywood, that will make her the 8th oldest Best Actress winner in the 93-year history of the Academy Awards. By comparison, 12 of the Best Actor winners have been over 55.

Only two other women were in in their 50s when they collected Oscars for their leading role but they were a year younger than Davis. Shirley Booth (“Come Back, Little Sheba”) and Julianne Moore (“Still Alice”) were each 54 when they won. Booth was the older of the two by 120 days when she added an Oscar in 1953 to go with the Tony she had taken home for creating this role.

Another Tony champ, Jessica Tandy, ranks as the oldest-ever winner of the Best Actress Oscars. She was 80 years and 292 days when she bagged the Oscar in 1990 for “Driving Miss Daisy.” That eclipsed the mark set by Katharine Hepburn, who was 74 years and 321 days when she won her record fourth Best Actress Academy Award for “On Golden Pond” in 1982.

Hepburn racked up her third win at age 61 years and 337 days for “The Lion in Winter” in 1969 and her second the year before for “Guess Who’s Coming to Dinner.” (Conversely, she ranks as sixth youngest for her first win at age 26 years, 308 days for “Morning Glory” back in 1934).

Five other women were in their sixties when they walked away with the Best Actress Oscar:

Marie Dressler was just a day over 63 when she won this award at the 4th Academy Awards way back in 1931 for “Min and Bill.”

And Frances McDormand was 60 years and 254 days old when she won her second Best Actress award two years ago for “Three Billboards Outside Ebbing, Missouri to join the one that she picked up for “Fargo” in 1997.