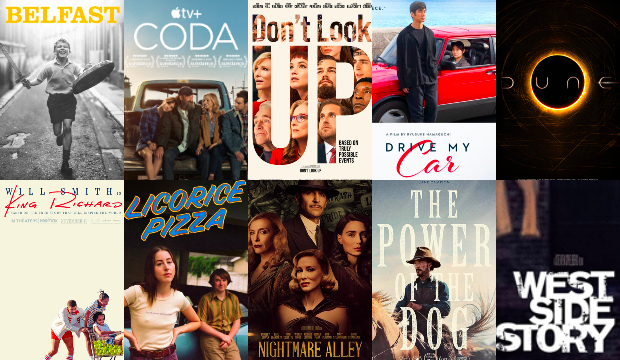 Some of the greatest and most celebrated films of all time have won Best Picture at the Academy Awards, including “Casablanca,” “All About Eve,” “The Godfather” and “The Godfather Part II,” “Schindler’s List,” “Moonlight,” and “Nomadland” among 93 total winners. In 2022, one of 10 movies will join the prestigious list of Best Picture Oscar winners. Here’s who is nominated for Best Picture this year and who is predicted to win at the 2022 Oscars.

What are the Best Picture nominees?

“The Power of the Dog”

How many movies are nominated for Best Picture?

This year, 10 movies received nominations for Best Picture for the first time since the 2010 Oscars ceremony. For the last decade before 2022, the Best Picture lineup could have featured anywhere between five and 10 nominees depending on the vote totals.

According to the Gold Derby odds, “The Power of the Dog” is the overwhelming favorite to win Best Picture at the 2022 Oscars. The film has already won Best Picture from the Golden Globes and is the favorite to win at the Critics Choice Awards, Producers Guild Awards, and BAFTA Awards. Running in second place is “Belfast” followed by “West Side Story.”

What movies were nominated for Best Picture last year?

At the 2021 Oscars, there were eight Best Picture nominees: “The Father,” “Judas and the Black Messiah,” “Mank,” “Minari,” “Nomadland,” “Promising Young Woman,” “Sound of Metal,” and “The Trial of the Chicago 7.”

The Best Picture Oscar in 2021 went to “Nomadland.”

Did 2022's long, screwy Oscar season do more harm or good to the movies in contention?

Post-2022 Oscars slugfest: Experts on those predictable winners and that unpredictable slap [WATCH]