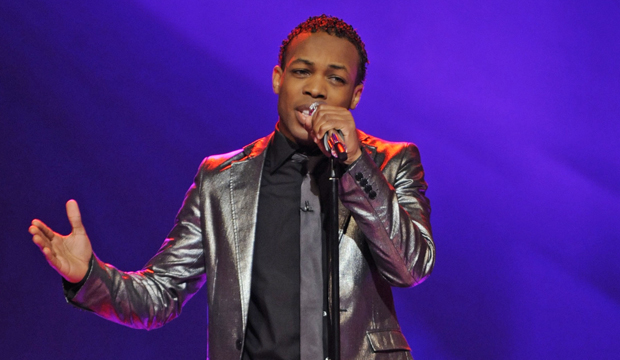 Who is Todrick Hall? The American entertainer rose to fame in 2010 thanks to his stint on the ninth season of “American Idol,” in which he made it to the Top 16. He parlayed that success into his YouTube channel, where millions of fans watched his music performances and comedy videos. MTV then produced a reality TV series titled “Todrick” in 2015 that chronicled his work in the industry and his desire to be a role model for other queer people of color. A year later, Hall joined up with “RuPaul’s Drag Race” where he became a choreographer and judge. More recently, he has found success as a singer-songwriter for four studio albums and as a contestant on “The Masked Singer” and “Celebrity Big Brother.” Read on for seven fun facts about Todrick Hall.

1. A Broadway beginning
Hall’s big break came in 2008 when he joined the Broadway ensemble of “The Color Purple,” alongside “American Idol” winner Fantasia Barrino. He also played Bobby and served as the understudy for the character of Harpo. Meeting and working with the Season 3 “Idol” winner was what convinced him to audition for the reality TV show, and the rest is history. Hall would later return to the Broadway stage in “Memphis” (2010), “Kinky Boots” (2016), “Chicago” (2017) and “Waitress” (2019).

2. “American Idol” audition
At age 24, Hall made the bold step of singing an original song for his audition, and it worked as all four judges were impressed: Simon Cowell, Randy Jackson, Kara DioGuardi and Joe Jonas. The lyrics: “Todrick is my name and I’m here to play a part in your game. Hopped a plane, took a train, just to claim my 15 minutes of fame. And to see Kara, decked and dressed. Simon’s face lookin’ so unimpressed, sitting there like a bump on a log. Randy what I gotta do to be your dog? Tell me do I have to dress up like I’m from a crazy house or sing like William Hung for you to see there’s some potential in little old me. And tell me do I have to get down on my knees in my 300-dollar jeans? ‘Cause I would if it meant to me then maybe you could just send me to Hollywood.” After the performance, Hall called out Cowell for not clapping and the cranky British judge gave him a single clap in return. “I’ll take it!” Hall laughed. In the years since, the Black gay performer said he wished he’d been more of his authentic self on the show.

3. Clash with Cowell
During the Top 24 round, Hall took on Kelly Clarkson‘s “Since U Been Gone” and earned mostly positive reviews from the judges. However, Cowell had an issue with Hall’s “crazy” arrangement of the song, saying he “murdered” it and he was “verging on stupid.” Cue the boos from the audience. Hall defended himself with host Ryan Seacrest, saying he “liked” the way he changed it up. When Cowell aggressively asked him where he’d heard that version of the song before, Hall replied, “In my head.” That’s when DioGuardi defended Hall for being a “creative” artist. Cowell seemed to disagree, later saying Hall would never amount to “anything beyond a Broadway actor.” Yikes.

4. “Look Mom, I’m on TV”
MTV’s “Todrick” series ran for eight episodes in 2015 and followed his life as a singer, actor and dancer. Former “American Idol” contestant Vonzell Solomon joined Hall on the project. The docuseries was filled with original tunes including a peppy theme song in which Hall told his life story. “A big producer came and granted my wish, made me an offer that I couldn’t resist,” he sang in front of a Toddyland sign. “So I brought my team on, if I had a theme song, it would go a little something like this.” While the show wasn’t picked up for a second season, it helped make his name even more on-demand.

5. The Ru-zard of Oz
As a lifelong fan of “The Wizard of Oz,” it was only fitting that Hall’s first appearance on “RuPaul’s Drag Race” was to assist in an Oz-inspired makeover challenge in Season 8. RuPaul Charles asked him back for “All Stars” Season 2 and then he became a regular fixture on the Emmy-winning program after that. Hall’s obsession with “The Wizard of Oz” resulted in a 2013 collaboration with Pentatonix for a song called “The Wizard of Ahhhs” which has garnered more than 23 million views over the years. What’s next for Todrick Hall? Stay tuned.

6. No Bull!
In December 2021, Hall was revealed to be the Bull on “The Masked Singer” Season 6. He came in second place to win the Golden Crown, losing to the Queen of Hearts, aka Jewel. “Being inside this costume gave me courage,” he proclaimed during his unmasked interview in the finale. Only one of the show’s panelists, Nicole Scherzinger, named Hall as the secret celeb hiding inside the Bull costume.

7. Expect the unexpected
On January 26, 2022, Hall was announced as one of the cast members of “Celebrity Big Brother” Season 3. The “CBB” doors officially opened on February 2, 2022. See the complete cast list. The season finale aired February 23 on CBS, with Hall coming in second place to Miesha Tate. He walked away with the runner-up prize of $50,000.