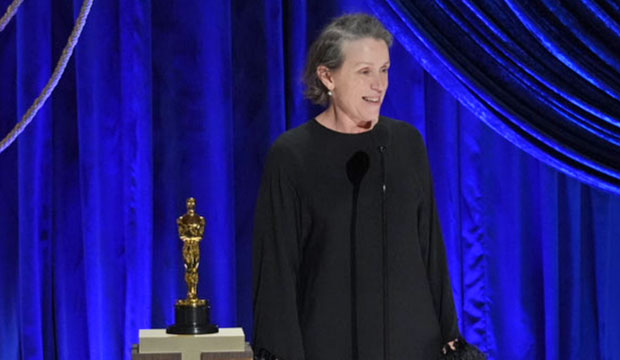 It’s a question even the most fastidious awards watcher might have trouble answering off the top of their head: Who won the Oscars last year? While Best Picture winners are often impossible to forget, keeping track of who took home Academy Awards in the below-the-line categories often requires a little more work. Here’s who won at the ceremony last year — and a preview of the 2022 Oscars as well.

The 93rd Oscars took place on April 25, 2021, capping off the longest awards season in modern history. The Oscars ceremony was delayed by two months to account for the coronavirus pandemic, and the show — held in Union Station in Los Angeles as well as other venues around the globe — was the lowest-rated in Oscars history. Here is who won the Oscars last year.

“Fight for You” from “Judas and the Black Messiah” — H.E.R., Dernst Emile II, Tiara Thomas

“If Anything Happens I Love You” — Will McCormack and Michael Govier

Who is nominated for the Oscars this year?

Best Actor
Javier Bardem in “Being the Ricardos”
Benedict Cumberbatch in “The Power of the Dog”
Andrew Garfield in “tick, tick…BOOM!”
Will Smith in “King Richard”
Denzel Washington in “The Tragedy of Macbeth”

“Dos Oruguitas” from “Encanto”
Music and Lyric by Lin-Manuel Miranda

“Down To Joy” from “Belfast”
Music and Lyric by Van Morrison

Best Visual Effects
“Dune”
“Free Guy”
“No Time to Die”
“Shang-Chi and the Legend of the Ten Rings”
“Spider-Man: No Way Home”

Best International Feature
“Drive My Car,” Japan
“Flee,” Denmark
“The Hand of God,” Italy
“Lunana: A Yak in the Classroom,” Bhutan
“The Worst Person in the World,” Norway

Best Animated Feature
“Encanto”
“Flee”
“Luca”
“The Mitchells vs. the Machines”
“Raya and the Last Dragon”

Best Documentary Feature
“Ascension”
“Attica”
“Flee”
“Summer of Soul (…Or, When the Revolution Could Not Be Televised)”
“Writing with Fire”