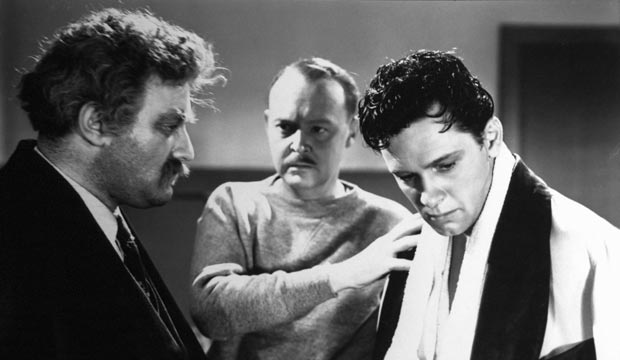 William Holden would’ve celebrated his 101st birthday on April 17, 2019. The Oscar-winning performer starred in dozens of movies, remaining active until his untimely death in 1981. But how many of his titles remain classics? In honor of his birthday, let’s take a look back at 15 of his greatest films, ranked worst to best.

Born in 1918, Holden made his film debut with a starring role in the boxing drama “Golden Boy” (1939) when he was just 21 years old. Though his career lagged for the next decade, he came roaring back with Billy Wilder‘s Hollywood noir “Sunset Boulevard” (1950), playing a struggling screenwriter who becomes involved with a fading, delusional silent film star (Gloria Swanson). The role brought him his first Oscar nomination as Best Actor.

He joined the winner’s circle just three years later with a Best Actor victory for Wilder’s “Stalag 17” (1953), which cast him as a cynical American POW who’s suspected of being a German informant during WWII.

It took Holden 23 years to return to the Best Actor race with Sidney Lumet‘s biting media satire “Network” (1976). He played Max Schumacher, a veteran news producer who watches in horror as his division is destroyed by a craven programming executive (Faye Dunaway) who turns the mental breakdown of their lead anchor (Peter Finch) into primetime entertainment. He lost to his costar, Finch, who died of a heart attack prior to the ceremony.

Tour our photo gallery above of Holden’s 15 greatest films, including a few for which he should’ve received Oscar nominations.