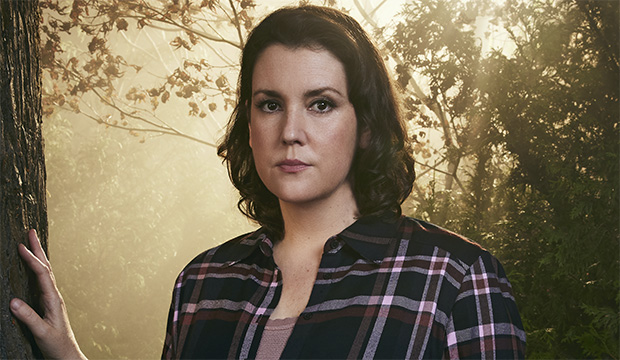 Showtime’s award-winning drama series “Yellowjackets” will return for Season 2 on Friday, March 24 (for non-linear platforms) and Sunday, March 26 (for its on-air debut). The character-driven genre series tells the story of a 1990s New Jersey high girls soccer team that survives a horrific plane crash. The show splits its narrative into showing us how the teenagers survived in the Canadian wilderness, and what they’re doing now in the present day years after their rescue.

New cast members for the second edition include “Six Feet Under’s” Lauren Ambrose as Adult Vanessa “Van” Palmer and “Lord of the Rings'” Elijah Wood as a citizen detective named Walter. Scroll through our gallery above (or click here for direct access) to see the “Yellowjackets” cast photos for Season 2.

In addition to Ambrose and Wood, Simone Kessell officially joins the Season 2 cast as Adult Lottie Matthews. Meanwhile, Liv Hewson and Courtney Eaton, who play the teenage versions of Van and Lottie, respectively, have also been upped to series regulars after being billed as guest stars throughout Season 1.

Of course, the show’s core eight cast members are all back in action for “Yellowjackets” Season 2: Melanie Lynskey and Sophie Nelisse as Shauna Shipman, Tawny Cypress and Jasmin Savoy Brown as Taissa Turner, Christina Ricci and Samantha Hanratty as Misty Quigley, and Juliette Lewis and Sophie Thatcher as Natalie “Nat” Scatorccio.

The season premiere is written by co-creators Ashley Lyle & Bart Nickerson and directed by Daisy von Scherler Mayer, who directed the penultimate hour last year. Are you excited for the new season of “Yellowjackets”? Be sure to sound off down in the comments section.