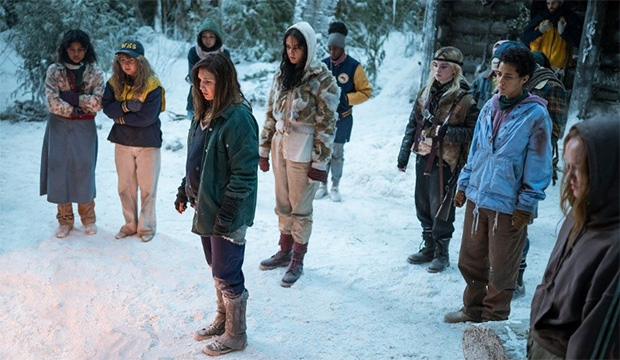 Showtime announced on Wednesday that its award-winning drama series “Yellowjackets” will return in time for 2023 Emmys eligibility. The Season 2 release date is Friday, March 24 (for non-linear platforms) and Sunday, March 26 (for its on-air debut). *Checks calendar* — Yep, that ensures all 10 episodes will air before the Emmys’ cutoff date of May 31, 2023.

The character-driven genre series tells the story of a 1990s New Jersey high girls soccer team that survives a plane crash. The show splits its narrative into showing us how the girls survived in the Canadian wilderness, and what they’re doing now in the present day years after their rescue.

Audiences and critics alike couldn’t get enough of “Yellowjackets” last year, as it reaped a rare 100% score on Rotten Tomatoes. The 10 hour-long episodes averaged over five million weekly viewers across platforms and was the second-most streamed series in Showtime’s history, the network claims.

Because “Yellowjackets” Season 1 straddled the 2022 calendar year, Showtime was able to petition the Golden Globes and SAG Awards into making it eligible for the current 2023 awards season. You can currently predict it in Gold Derby’s predictions center in both TV events in the various drama categories.