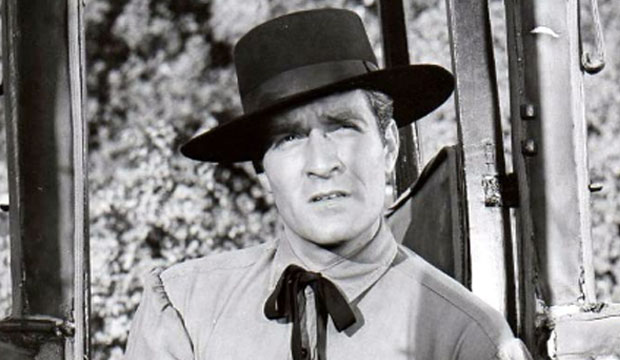 From 1955 to 1961, the Western series “Gunsmoke” concurrently existed on radio and TV with two different casts and creative teams. The latter version would continue on CBS for 14 additional seasons, becoming the first (and, until 2010, only) live action primetime narrative series to last for two decades. While it held this and several other records, it missed out on earning the distinction of being the first-ever adult-themed Western show by just four days. The original program that added a dose of maturity to the landscape dominated by “The Adventures of Rin Tin Tin” and “The Lone Ranger” was ABC’s “The Life and Legend of Wyatt Earp.”

Film actor Hugh O’Brian starred as Kansan lawman Wyatt Earp for six seasons and earned his only Emmy nomination for his work on the second. At 31, he was the youngest person to have been recognized for a dramatic performance up to that point. Over 60 years later, he still ranks as one of the Best Drama Actor category’s 10 youngest competitors, with two of the nine men who have surpassed him coming from the 2021 lineup.

The television academy has recognized the work of lead actors on continuing drama programs since the sixth Emmys ceremony in 1954. The award’s inaugural recipient was Raymond Burr (“Perry Mason”), while the most recent was Josh O’Connor (“The Crown”).

Scroll through our photo gallery to find out who ranks ahead of O’Brian on the list of 10 youngest Best Drama Actor Emmy nominees.