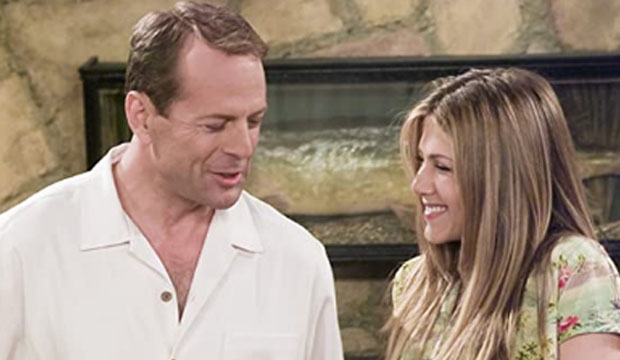 Over two decades after taking home his second Primetime Emmy, Bruce Willis remains the only person to pull off victories in both the Best Drama Actor and Best Comedy Guest Actor categories. He first triumphed as the star of “Moonlighting” in 1987 and was then honored for appearing in the sixth season of “Friends” in 2000. On the latter show, he played Paul Stevens, the father of a young woman romantically involved with main character Ross Geller. Over the course of three episodes, Paul embarks on a relationship of his own with central ensemble member Rachel Green that lasts until his odd behavior becomes too much to bear.

Although he was 45 at the time of his “Friends” win and thus classifiable as middle-aged, Willis was initially the third youngest champion in the history of his guest category. More than 20 years later, he has now fallen to 10th place on the list. Of the nine younger actors ahead of him, only four won before turning 40, and three were awarded for guest hosting “Saturday Night Live.”

Since 1966, a total of 29 actors have won Emmys for their roles as guest performers on continuing comedy programs, beginning with Don Knotts (“The Andy Griffith Show”). Including Knotts, seven of the winners have triumphed more than once. The honor has been bestowed on an annual basis since 1993 and was occasionally awarded before then.

Scroll through our photo gallery to find out who ranks ahead of Willis on the list of 10 youngest Best Comedy Guest Actor Emmy winners. This list also factors in winners of the now-retired variety performance awards, since guests on continuing variety series now compete here.